By OUR STAFF REPORTER
Mussoorie, 7 Jan: Guru Nanak Fifth Centenary School inaugurated Project Jagriti “Ignite Minds Awaken Souls”. In the second year, more than 650 students registered themselves for special coaching classes. The Jagriri project was inaugurated by Chairman Anuj Gupta and Dean ND Sahni by lighting the ceremonial lamp. The purpose of the Jagriti project is to teaching talented children of various local schools from Mussoorie and nearby areas.
Addressing media persons, Sunil Bakshi, administrative officer of Guru Nanak Fifth Centenary School, Mussoorie, informed media that, last year, the school management had started the project to provide free coaching to the students of financially weaker sections of society studying in various schools of Mussoorie He said that, last year 749 students of 14 schools of Mussoorie and surrounding areas benefited. After the enthusiastic response of the students and their desire to study further, School Chairman, the late S Jaspal Singh, decided to continue with Project Jagriti every year. Many useful and educational tips were shared by Sunil Bakshi while addressing the students. He also offered to teach English in Mission Jagriti.
Chairman Anuj Gupta praised the efforts of GNFCS teachers and management in Project Jagriti. All students are given a choice to choose their centres. Many local school principals and eminent personalities enthusiastically support the Jagriti mission and have committed to providing their services to the students. All present were thanked by GNFCS Principal Anil Tiwari.
The inauguration ceremony ended with distribution of free notebooks and stationery. Pankaj Khatri, municipal member, Kuldeep Tyagi, Head Master, GNFCS, and many teachers and students of various schools were present at the inauguration. 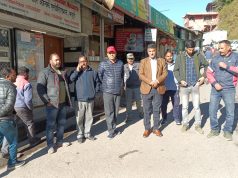 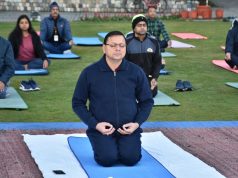 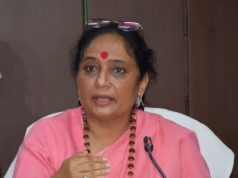 Garhwal Post has established itself as a credible, balanced and forward looking newspaper in India. Based in Uttarakhand, the daily is read by the aware, socially and culturally responsible, high-income elite of society.
Contact us: info@garhwalpost.in
https://garhwalpost.in/meetlocals-dating-site/