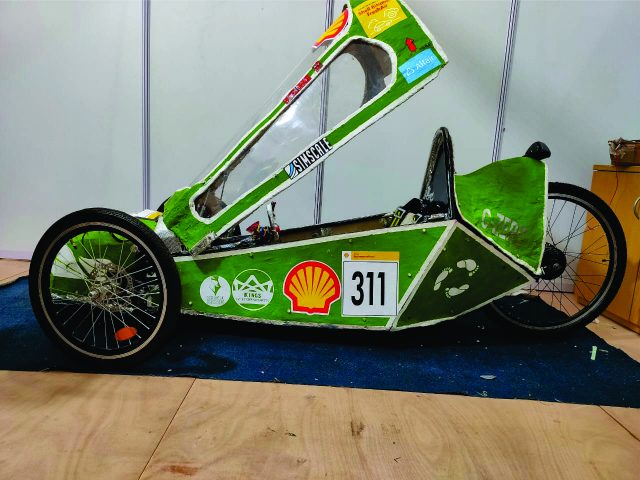 Dehradun, 12 Dec: Engineering students, who created the world’s largest idols with papier mache and recorded Graphic Era University’s name in the Guinness Book of Records, are now preparing to do even better. The special thing this time is that these students are also preparing to give the gift of new plastic alternatives to the world.
Yuvraj Joshi and Yatharth Joshi, students of MTech, Graphic Era Deemed University, created history in May 2018 by making 4.29 metre tall statues of Mahatma Gandhi, Netaji Subhash Chandra Bose, APJ Abdul Kalam and Sardar Vallabhbhai Patel. It was included in the Guinness Book of World Records. Earlier, Mexico held the world record for making the largest papier mache statue. Yuvraj Joshi and Yatharth Joshi made these statues without the use of any metal or other solid material. After this, the Yuvraj and Yatharth team created another world record in December 2018 by making the world’s largest ball from waste paper.
Yuvraj Joshi said that to break his own world record of last year, now, on the occasion of the 150th birth anniversary of Mahatma Gandhi, giant models of PSLV, Mangalyaan, HAL’s Tejas, BrahMos and Bapu’s charkha are being made and would be installed in the university premises. Their height will be more than 4.29 metres and width, more than 4.7 metres.
He stated that a special type of pulp is being made from waste paper in such a way that it will become an alternative to plastic. The process of patenting this special method has begun. This team of students has won the award at the national level by making the outer body of a car using this paper pulp.
The team supporting Yuvraj Joshi and Yatharth Joshi, who are MTech students and also working in the University, includes students from various courses. This team has been named Team Paper Tack. These models are expected to be ready by 25 December.
Prof (Dr) Kamal Ghansala, President, Graphic Era Group, appreciated the achievements of Team Paper Tack and said that success in finding an alternative to plastic would be a big gift to the whole world. He said that the environment and laboratories of Graphic Era inspire youngsters to prepare and create new inventions.