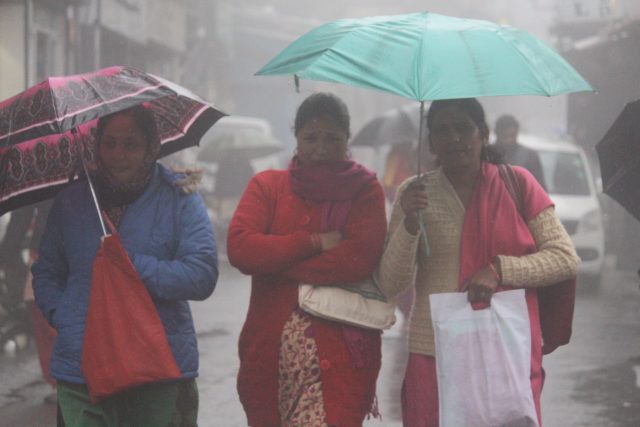 Mussoorie, 12 Dec: Mussoorie, on Thursday, suddenly recorded a drastic drop in temperature due to changing weather conditions, which suddenly increased the chill. Due to the cold, people resorted to lighting bonfires and put on warm clothes.
The municipality has also arranged for lighting bonfires at the main squares of Mussoorie to protect the poor and the working class people from the cold. The tourists coming to Mussoorie from other parts of the country, along with the local people, were also disappointed because usually Mussoorie witnesses snowfall in the month of December.
According to the Meteorological Department, in the next 24 hours, there may be rain and snowfall in the high mountain areas and light rain in the low altitude areas. According to the forecast, keeping in view the warnings of heavy snowfall and rain, a cold wave would hit the mountains.
District Magistrate C Ravi Shankar has directed the officials of PWD, including the officials of all the departments concerned, to deploy JCBs on the roads so that, in the case of heavy snowfall, the motorways could be cleared. He also gave instructions on lighting bonfires.