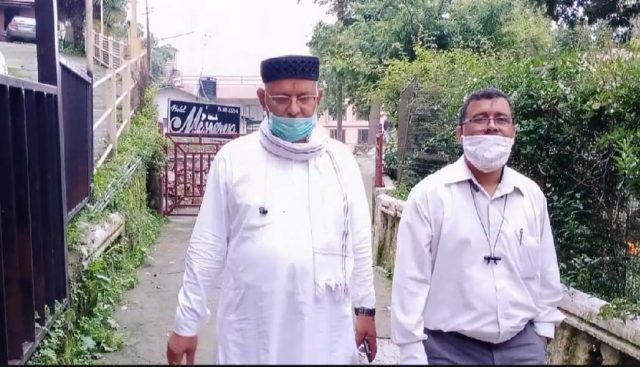 By OUR STAFF REPORTER
MUSSOORIE, 19 Jul: State Vice-President of Uttarakhand Congress Jot Singh Bisht has accused the state government of not making a concrete strategy to provide migrants with employment. He said that, during the lock down, many thousands of migrants had returned to the state but due to the wrong policies of the state government, migrants between 18 and 50 years of age were sitting unemployed in their houses, which was a matter of concern.
He said that the Chief Minister’s Swarozgar Yojana had been initiated by the government, but there was no idea of how the scheme would benefit the migrants. He said that, in Uttarakhand, there are many means of employment in agriculture and other works, on which the Congress Party is continuously working. Subject experts are also holding a meeting of migrants so that they could be motivated towards self-employment.
He said that despite the Mukhyamantri Swarozgar Yojana till now even 500 migrants had not been provided self-employment in the entire state. It was clear that the scheme had failed. The Congress was making its own efforts in this regard. In the coming three-four months, effort would be made to develop the Dhanaulti Vidhan Sabha constituency as a model in terms of self-employment. Youth would be made self-reliant by providing them the means of self-employment.