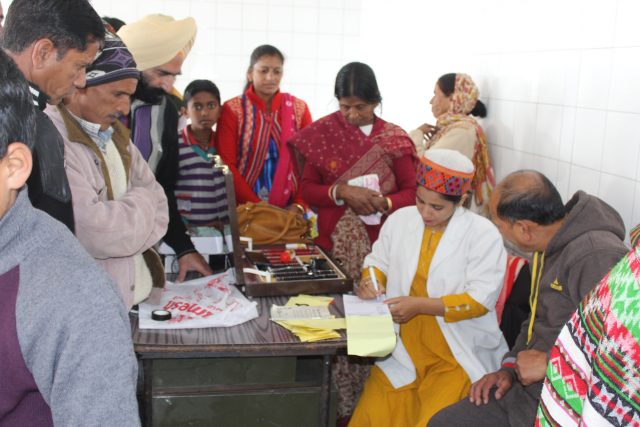 MUSSOORIE, 24 Nov: A free health camp was organised on Sunday at the Mussoorie Gurdwara Auditorium by Lions Club Hills, Mussoorie. Another health camp was organised by Councilors of the Municipal Board at the Parking near the Radha Krishna Temple. Free medicines were distributed after testing hundreds of patients by specialist doctors. Inaugurating the camp, former Municipal Chairman Manmohan Singh Mall said that efforts were being made to make people healthy through these camps. He said that there was a shortage of hospitals in Mussoorie due to which patients had to face serious problems. He said that by organising health camps, patients got a lot of benefit. He urged the government to provide health facilities at Landour Civil Hospital with appointment of doctors and staff. Councilors Pratap Panwar, Darshan Rawat and Jashoda Sharma said that the health camp was organised by them for the staff of the municipality and for poor sections of Mussoorie. They said that the doctors of Kanishk Hospital had examined the patients who have come to the camp and the patients suffering from severe diseases would be treated for very small amounts. Ravindra Goyal, President of Mussoorie Lions Club Hills, said that the club was working in public interest. He said health camps were organised by them from time to time. On the occasion Nose, Ear, Throat Specialist Dr Vivek Negi, Dentist Dr Pradeep Panwar, Dr Priyanka Panwar, GS Manchanda, Rajiv Goyal, Rajesh Agarwal, Anuj Tayal, Madan Mohan Sharma, RN Mathur, Shiv Aroda, Aman Goyal, Madhuri Sharma were present. 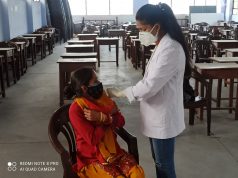