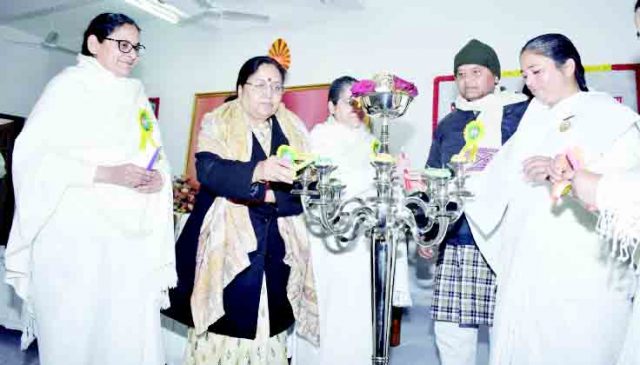 By OUR STAFF REPORTER
DEHRADUN, 6 Jan: Governor Baby Rani Maurya inaugurated a programme, “Global Enlightenment for Golden Age”, organised by the Prajapita Brahma Kumaris Ishwariya Vishwavidyalaya, here, on Sunday.
While addressing the gathering, Governor Maurya said that the approach that Indians have developed towards life was based on their religion. The Governor said that the base of India’s power was in its spirituality. The Vedas, Upanishads, Puranas, etc., composed by intense contemplation of thousands of years by the sages and monks were paving the path for human welfare.
She added that it was everyone’s duty to keep the legacy of spirituality, knowledge and philosophy preserved for future generations. She emphasised that cultural values should also be included in modern education, which focused on technique and science. The concept of Indian philosophy of universal brotherhood had become more relevant to the world in the present time.

Garhwal Post has established itself as a credible, balanced and forward looking newspaper in India. Based in Uttarakhand, the daily is read by the aware, socially and culturally responsible, high-income elite of society.
Contact us: info@garhwalpost.in
best teenager dating app hook up for camping 2022 new dating app