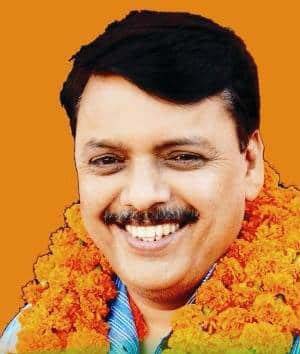 By Arun Pratap Singh
Dehradun, 21 Jul: BJP MLA from Kichha, Rajesh Shukla, who is a second time Legislator, has filed a complaint against Udham Singh Nagar DM Neeraj Khairwal with Assembly Speaker Prem Chand Aggarwal for breach of privilege under Section 65 of the Assembly Proceedings Rules.
Speaking to this correspondent, Shukla confirmed that he had sent a notice of breach of privilege against US Nagar DM Neeraj Khairwal for making fun of him (the MLA) in public. Shukla said that he has demanded appropriate action against District Magistrate of US Nagar, Neeraj Khairwal under the appropriate rules of the Assembly.
Shukla said that he was an elected member of the Legislative Assembly and it was his constitutional right to seek information from a district magistrate. Shukla said that he attended a meeting chaired by Cabinet Minister Madan Kaushik held at the district collectorate office in Rudrapur on 17 July, which was also attended by several MLAs of the district, the Mayor, Rudrapur, and many public representatives and government officials. During the meeting he sought some relevant information regarding development work being done in his constituency, Kichha, from District Magistrate Neeraj Khairwal. The DM insulted him by claiming that several works had been done in the constituency from the Disaster Relief funds but his (Shukla’s) memory had weakened and, therefore, he was unable to recall them. When Shukla sought details of the work, the DM remained quiet and instead made fun of him.
In his notice, Shukla reminded the Speaker that it was his privilege as an elected MLA to seek detailed information in respect of the work related to his constituency from government officials and not providing the information and, instead, insulting him publicly amounted to breach of his privilege as an MLA. Shukla revealed that he had demanded action against the said official for breach of privilege under Rule 65 of the Assembly rules.