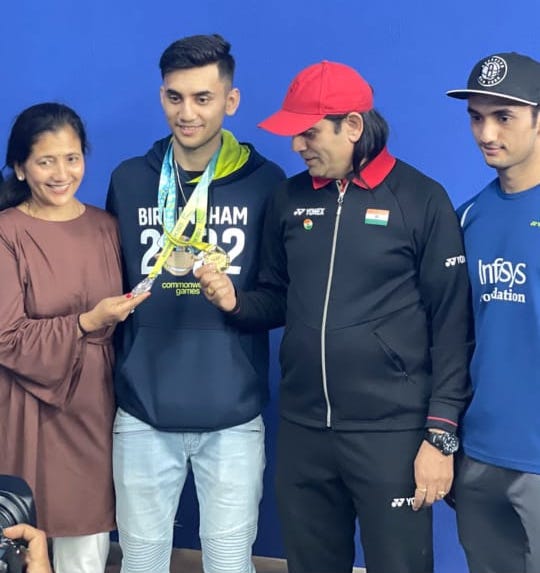 Dedicating it to Grandfather 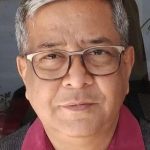 Lakshya Sen is the latest recipient of the prestigious Arjuna Award. A native of Uttarakhand, he will receive it from the President of India on 30 November along with others from different sports disciplines. A matter of pride for our state, he has dedicated the award to his grandfather. 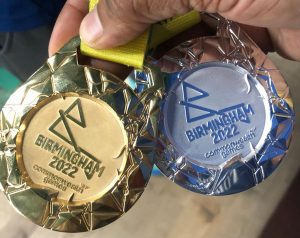 The rise of this lad from Almora in the world of badminton has been steady. This year, though, was exceptional. He was part of the victorious Thomas Cup winning team, only the fourth Indian to reach the finals of the All-England Championships, and Gold Medal Winner in the Commonwealth Games at Birmingham.

But the story begins much earlier, from the times of the legendary Late Chandra Lal Sen, the pioneer who brought Badminton to the town of Almora. One man’s vision, grit, perseverance, hard work and obsession with the game of badminton made Almora a nursery grooming talent and churning out champions year after year, with Lakshya being the star of them all. A story, that needs to be told. 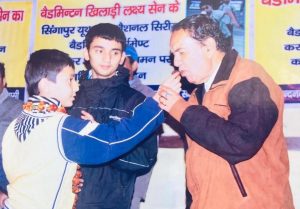 Chandra Lal Sen was born in Almora on 7 June, 1931. Chandra Lal was a good football player during student days. Having seen the British play the game, he started playing badminton when he was around 20 years old in the outdoors of the Ramsay Inter College, from where he completed his High School.

Sen joined service with the Government of Uttar Pradesh. By the 1970s, he had earned a name for himself as a player. He represented the UP Civil Services Badminton team in the All-India Civil Services Tournaments all over the country from 1973 till 1989, in which they were crowned winners once and runners-up on three occasions. 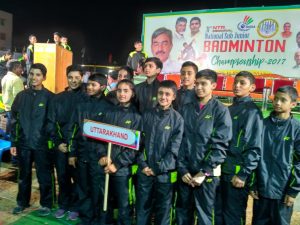 But his heart was in Almora, as he had dreams of developing facilities there. Later he was posted in Almora and began regular correspondence with the Sports Department of UP Government. His efforts bore fruit when a separate badminton hall was built in 1993.

The zeal to nurture talent made him totally involved in coaching. His NIS Trained son, Dhirendra (DK Sen) recalls that his father used to do the court markings himself, and had two wooden poles with a contraption, so that he could quickly set up a court almost anywhere, but specifically on the grounds of the Ramsay Inter College. Such was his love for the game, that when he built his home in the Tilakpur Bagicha locality, a badminton court was made in its premises- a rarity for Almora.

His children, and later his two grandsons, Chirag and Lakshya, practiced with him in their home court. Getting up early, he spent considerable time in the stadium with the players, watching and guiding them every morning and evening. Skill, Speed, Stealth and Stamina characterise this game, one of the very few sports that is not played with a ball. Only hard work can bring success, even more so in Badminton.

Despite limited resources, many tournaments were held, in which other badminton lovers of Almora rendered their contribution. All this generated a culture of excellence, which was in evidence when the players went to participate in tournaments elsewhere. Many of those beyond competitive playing age are now working as coaches and sports instructors elsewhere.

DK Sen tells me that, in the UP-State badminton tournament held in Gorakhpur in 2001, Almora children won all 12 finals in different categories. Almora badminton had truly come of age. He recalls that during the prize distribution ceremony of one State Level Tournament in UP, where Almora girls and boys had excelled, he overheard the then President of UP Badminton Association telling the Association Secretary in jest, “If you want performance from UP players, get some mitti from Almora sprinkled on your ground!”

After formation of Uttarakhand State in 2001, the Badminton Association of India (BAI) gave recognition to the Uttarakhand State Badminton Association. Involvement of a wide cross section of sports lovers, including Police and Administrative officials in the Association gave an impetus to the promotion of this game. Sports Authority of India (SAI) also set up an Extension Centre in Almora and infrastructure improved. A new indoor court came up in 2010. Another hall with two courts was constructed in 2018.

DK Sen had joined as SAI Coach in 1991. Professionally trained in the Netaji Subhas NIS Patiala, he became a focal figure in badminton coaching activities. He had seen his father and the results that hard work can bring.

Father and the two kids jogged to the stadium at 5.30 in the morning, lined up at the field at 6, and after a brief prayer, began the morning training – the routine included several rounds of the field, stretching and other exercises, rope climbing, etc., which ended well in time for the children to attend school.

Being a hill town, the fresh air and the natural exercise that going up and down the steps gives the players, cannot be substituted with an airconditioned Gym environment and that too when a child is growing up. Rarely would you find a fat person in the hills.

It was in January 2009 that Lakshya won the U-10 Boys’ Singles and Doubles titles in the All-India Junior ranking Tournament at Guntur. In 2012, he won the U-13 Boys’ Singles and Doubles. The performances kept improving year after year. In 2019, he was the Runners-Up in the 83rd Senior Nationals. This year (2022) has been especially memorable as he was part of the Indian Team which won the Thomas Cup for the first time, as Singles Runners-up in the All-England Championships and Gold Medalist at the Commonwealth Games in Birmingham.

The family as a unit has toiled hard, even relocating to Bangalore where facilities are much better. The results are for all to see. Chirag, the elder brother, was once the World Junior No 2 and has participated in many National and International Tournaments. In 2015, he won U-19 Singles in 3 tournaments – Yonex Belgium Juniors, Swiss Junior and BWF World Junior at Peru. He continues to play and do well in tournaments. Lakshya, of course, has been giving wonderful performances.

First the grandfather, and then the father Dhirendra and mother Nirmala, inculcated in the children, a love for the game, as well as for their roots. No wonder, Lakshya proudly wore a Uttarakhandi cap in Bangalore on return after the CWG. And who can forget that our PM desired (and got), Bal Mithai from this historic city when the victorious Thomas Cup winning team went to meet him on 22 May, 2022.

The Future: Sport as a profession has seen greater acceptance in the last decade. Performances of Indian sportspersons have improved in various games other than Cricket and Hockey.

In 1980, Badminton got highlighted when Prakash Padukone became the first Indian to win the prestigious All England Championships. Pulella Gopichand repeated the feat twenty-one years later in 2001, and again 21 years later, Lakshya Sen came so close and ended up being the Runners Up in 2022. Better coaching and other facilities may bring many others close to achieving this feat in the coming years.

But what about Almora? Will it lose its importance as more and more aspiring sportspersons shift to the academies in the South?

For any budding talent, it is the facilities and the standard of coaches that matter. For a moment, imagine if the Prakash Padukone Academy were in Almora, would Lakshya have gone out of Almora in his efforts to hone his talents to world class levels? Involvement of such players in planning the future of Badminton in Almora would give great dividends. But it must be a joint effort of committed individuals, who have the interest of the game at heart.

We have examples of how the AP Government encouraged Pulella Gopichand to set up his own Academy in Hyderabad. Even PV Sindhu took her coaching there as the facilities set up were truly world class. Other players too are setting up their academies with active support of their governments, as they go past their prime.

Almora has a tradition set up by the Late Chandra Lal Sen, which needs to be nurtured and not allowed to sink into oblivion. Its salubrious climate and small-town culture are ideal for a young person to grow as a sportsperson, simultaneously attending to academics. Hostels with excellent facilities are what budding players need. Providing and maintaining them will generate employment opportunities for the local population. We have the example of Kota, an Entrance Coaching hub, where thousands of young children come every year. It has had a positive impact on the local economy.

And like academics, sports are also an eco-friendly activity!

(Manoj Pande was Member, Staff, Railway Board and ex-officio Secretary to Government of India. He was also the President of the Railway Sports Promotion Board. He now lives in Dehradun.)