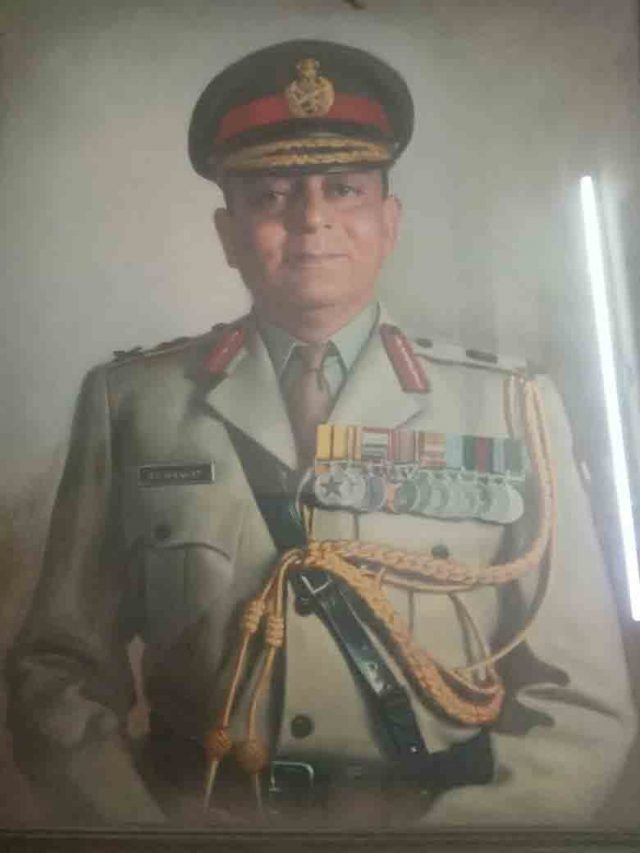 DEHRADUN, 22 Mar: Lieutenant General Gajendra Singh Rawat (Retd), PVSM, AVSM, born in village Deoltha, Pithoragarh District, Kumaon, on 17 December, 1926, breathed his last on 16 March, 2020, in Noida. He was the first General Officer from the Kumaon District. He came from a family which had rendered conspicuous service to the Army for over 130 years. His great- grandfather and grandfather served in the 3rd Gorkhas as Junior Commissioned Officers and his father, Brigadier NS Rawat, retired after 32 years of meritorious service. His younger brother, Commander MS Rawat (Indian Navy), was the winner of the President’s Gold Medal at the Joint Services Wing in 1952. His younger brother also served as captain in the Garhwal Rifles in the 1965 war with Pakistan. He studied at St Joseph’s College and at Sherwood College and, finally, when doing his BSc from the Allahabad University, he got selected for Direct Commission to the Indian Army in 1946. He was commissioned on 21 December, 1947, from the second post-war regular course, into the Gorkha Rifles (Frontier Force) and was amongst the first lot of officers to be posted into the Gorkhas. He took part in the J&K operations in 1948 with the Battalion in the Zojila operations and in the capture of Kargil. He attended the Defence Service Staff College course – Wellington in 1957-58. He was instructor at the Infantry School, Mhow, from 1959 to 62. He raised and commanded a Scouts Battalion on the Tibet Border (Mountainous region) from April 1964 to October 1966. From 1966 to 1969, he was an instructor at the Defence Services Staff College, and from April 1969 to May 1971 he commanded an Infantry Brigade in the plains sector. He was the Brigadier General (Staff) in Headquarters Corps (having formations deployed in mountainous and high altitude regions) from 1971 to 1972, from where he was posted again as Brigadier General Staff to the newly raised Corps. Then he took over as General Officer Commanding an Infantry Division from January 1974 to July 1974 and was rushed to a Mountain Division in Nagaland and Manipur (Jungle/ Mountainous area) where the previous General Officer Commanding was wounded and had to be evacuated. It was during his tenure that peace was ushered in those areas, thus bringing to an end two decades of strife. From that assignment, he was posted as Commandant, Indian Military Academy, Dehradun, in October 1976. He was the first Commandant of the Indian Military Academy who was from the first post war batch commissioned in Independent India in 1947. He was the General Officer Commanding, Delhi Area, from February 1979 to June 1979. On promotion as Lieutenant General, he was appointed as the Military Secretary at Army Headquarters. In September 1981, he took over a Corps in the northern sector of Jammu and Kashmir. In recognition of his services during the 1972 war, he was awarded the Ati Vishisht Seva Medal in 1972 and for his services in Nagaland and Manipur the Param Vishisht Seva Medal in 1976. He took over as Colonel of the Jammu and Kashmir Rifles and Ladakh Scouts in December 1974. He retired as the Vice Chief of Army Staff on the 31 December, 1984. He married in 1955 and has three children, two sons and a daughter.