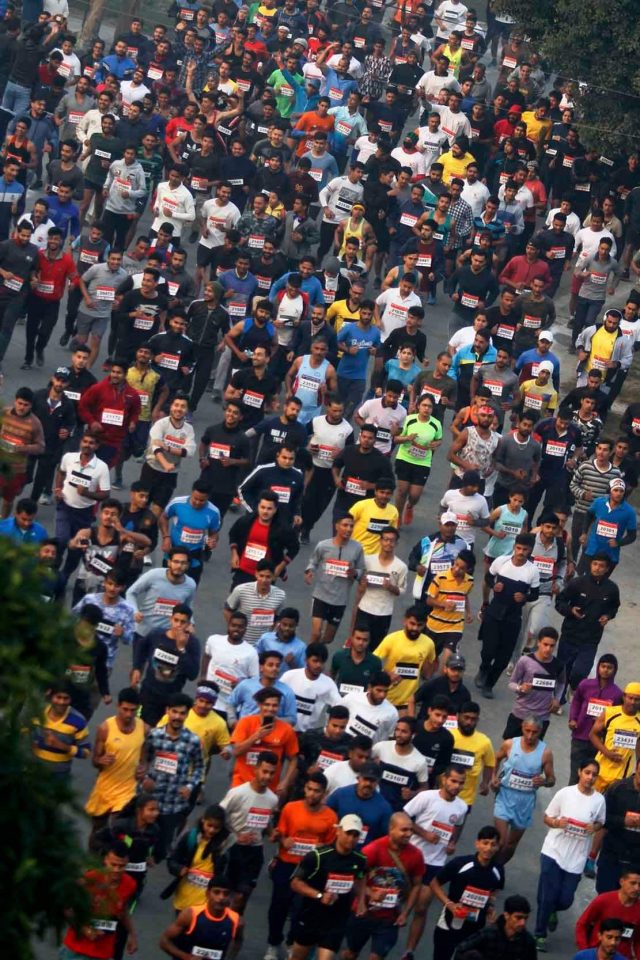 The participation by Doonites in the Police Half Marathon against Drug Abuse on Sunday was massive and inspiring. (Pic: Kamal Sharma)

Dehradun, 2 Dec: Chief Minister Trivendra Singh Rawat appealed to the youth to stay away from drugs and play an active role in the campaign against substance abuse. He said that drugs not only made the youth physically and mentally weak, but also formed part of a planned conspiracy to make the country weak. He said that youth should themselves stay away from intoxication and make others also aware about the menace of drugs.

He said that drugs were not only a personal problem, but had social, economic and national consequences. He advised that youth should be committed to the values and honour of their families and society, and stay away from drugs.

Chief Minister Rawat flagged off the Marathon-2018 organised by Uttarakhand Police against the drug menace at the police lines, here, on Sunday. He also administered an oath against drugs to the participants of the marathon. He also praised the Uttarakhand police for organising the marathon.

Citizens of Doon in the thousands, as well as international level athletes took part in the run.