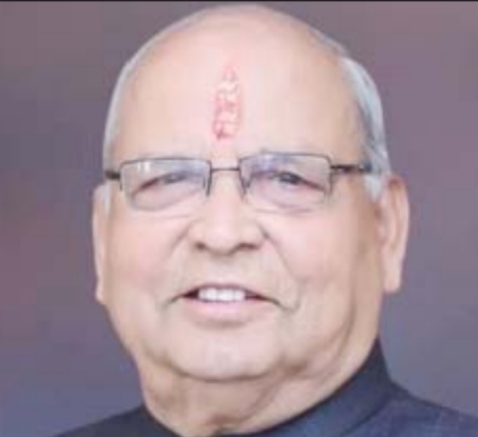 DEHRADUN, 15 May: BJP State President Banshidhar Bhagat today claimed that the stimulus package announced by the Modi Government would pave the way for a self-reliant India. During an informal interaction with the media at the party’s state headquarters here, today, he also claimed that the aid of Rs 11,000 crore announced by Finance Minister Nirmala Sitharaman for migrant labourers was indicative of the humane and sensitive character of the Modi Government.
While praising the Union Government’s stimulus package, he also claimed that this package would provide new impetus to overcome the slowdown in the economy due to the lockdown. Congratulating Prime Minister Narendra Modi and Finance Minister Nirmala Sitharaman for the package, he said that the interests of all sections of society had been taken care of by the Centre. He said that, in the first phase, the Union Government had made several announcements for the MSME sector and focused on increasing liquidity in the market. This would give a new lease of life to the economy. Government announcements would change the course and direction of the MSME sector and propel growth of MSMEs.
He said that in the second phase on Thursday, the Finance Minister had announced a package of Rs 11,000 crore for migrant labourers and showed the government’s sensitivity towards the people facing extraordinary crisis due to the Corona lockdown. He, however, admitted that there was a feeling of helplessness and desperation among the migrant labourers due to the lockdown. The migrant workers had to face the biggest suffering and hardship due to the lockdown. There was all round concern over the plight of migrant labourers. But the Modi government had given a big relief to them by announcing a detailed and a generous package for them.
He said that in the package announced by the Centre, the focus was on migrant workers, street vendors, small traders and small farmers. He claimed that the Modi Government had announced free foodgrains for the migrants. Non-card holders would also be given 5 kg of wheat and rice and 1 kg of chana dal per family. He also called the announcement of ‘One Country – One Ration Card’ as a revolutionary step and claimed that it would benefit the common man.
He said that, on the one hand, due to the employment of migrants under MNREGA, there would be increased employment opportunities, while on the other hand meaningful initiatives would be taken on rural development.
Bhagat claimed that Trivendra Singh Rawat Government was serious about effectively dealing with the Corona crisis and that it was engaged in handling the crisis with full vigilance. He said that the combined efforts of the BJP organisation and the efforts of the government had yielded meaningful results.