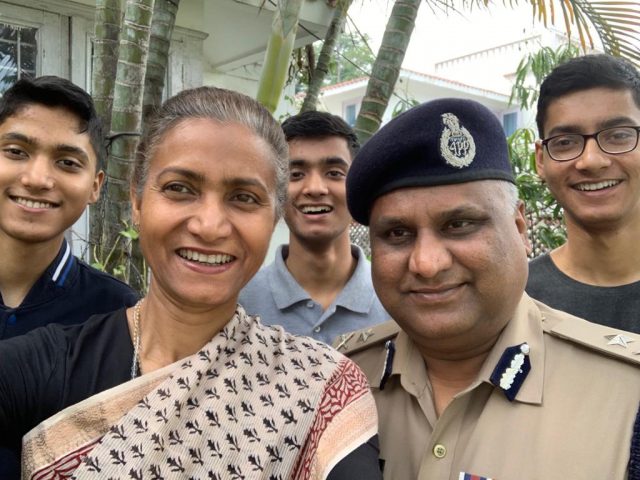 DEHRADUN, 15 May: Senior IAS officer Dr Bhupinder Kaur Aulakh today rejected claims that she had resigned from the Indian Administrative Service due to dissatisfaction. Speaking to this correspondent, she claimed that she had a fantastic time serving in Uttarakhand and her tenure was very satisfactory. She also said that as Secretary, Irrigation, she was able to bring to the state irrigation projects worth Rs 4,000 crores including the Jamrani and Song projects. As Secretary, School Education, also, she had worked towards efficient functioning of the Education Department. With the support of the government and the minister concerned, it could herald certain good reforms.
She also denied that she had lost interest in the Indian Administrative Service. She said that she had to seek VRS as she was left with no choice due to service rules restrictions due to which she could not be granted NOC for WHO posting by the Government of India. She had applied for the NOC and it was her desire to continue in the Indian Administrative Service.
In response to a question why she had sought posting in WHO if she wanted to continue in the Indian Administrative Service, she said that being a doctor and with qualifications and deep interest in public health, she always had a passion to serve with WHO and have another stint with the organisation. She added that with the world facing the Corona pandemic, it was yet another opportunity for her to help the organisation in dealing with the COVID pandemic.
Asked if her decision to quit IAS had anything to do with the fact that the state governments often preferred certain officers while ignoring the claims of others, she said that she never felt sidelined or ignored by the government. She had a good time serving in the state.
Regarding the posting, it was always the prerogative to the state government to hand charge of departments it wished to any particular officer and she had never faced any problems in this respect!