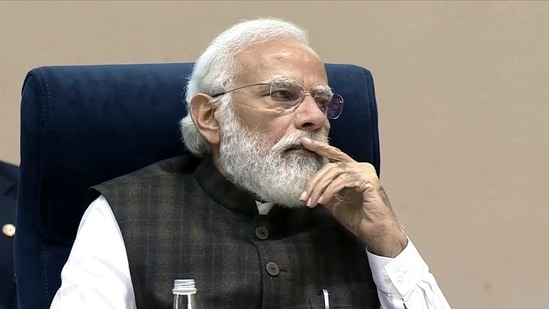 DEHRADUN, 30 Nov: The BJP wishes to encash the popularity and name of Prime Minister Narendra Modi and reap maximum benefits by doing so in the upcoming assembly polls. Even before the announcement of the elections, BJP has arranged for two major public rallies of Prime Minister Modi. In addition to addressing his first public meeting at Parade Grounds in Dehradun on 4 December, another rally of Modi has been organised on 24 December in Kumaon. Though the final venue has not been fixed as yet, but party sources added that the rally could either be held in Haldwani (Nainital) or Rudrapur (Udham Singh Nagar). This was confirmed by BJP State President Madan Kaushik that a Modi rally would be held in Haldwani or Rudrapur on 24 December. Of course, once the elections are announced, the possibility of more rallies of Modi can’t be ruled out. Of course, BJP sources indicated that just like the last time, this time too, BJP would be carpet bombing its rallies by bringing star campaigners. Kaushik indicated that for the Modi rallies in Dehradun and in Kumaon, RTPCR investigation of leaders and security personnel expected to be present on stage with Modi would also be done. All the leaders would be allowed to interact with the PM only after obtaining a negative RTPCR test report. According to the BJP sources, Prime Minister Narendra Modi is expected to announce several fresh packages or projects worth around Rs 30,000 crores for Uttarakhand in Dehradun rally to kickstart the BJP campaign. That is one reason, why a rally in Dehradun has been announced before the enforcement of Model Code of Conduct. Chief Minister Pushkar Singh Dhami said that preparations are being made at the organisation level as well as at the administrative level for PM Modi’s rally and that the BJP workers were engaged into the task of making the rally successful. District wise, division wise meetings are being organised. All the workers and general public are excited to listen to Prime Minister Narendra Modi. Sources say that while the PM is expected to lay foundation stone for projects worth Rs 26,000 crores, he is also expected to announce other schemes worth Rs 4,000 crores on the occasion.