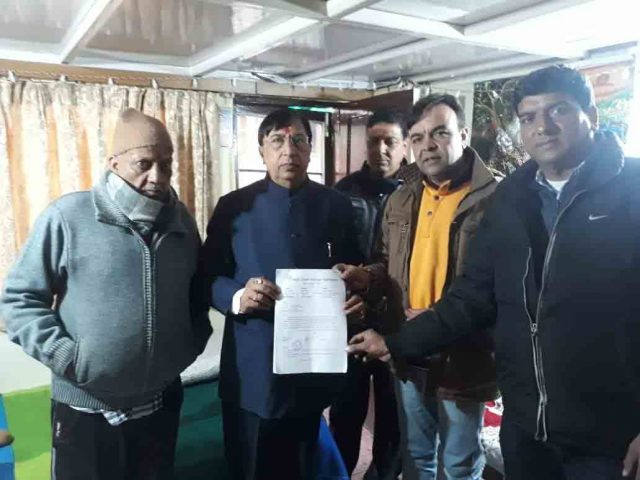 By Our Staff Reporter
Mussoorie, 16 Nov: The Mussoorie Traders’ Welfare Association has submitted a memorandum to Rajya Sabha MP Naresh Bansal demanding reopening of St Mary’s Hospital here, which has been closed.
General Secretary of the Association, Jagjit Kukreja said that, earlier, the Health Department had closed the hospital citing its dilapidated condition. However, local people were facing many problems as a result.
He said that the sub-district hospital of Mussoorie is far away from the town, due to which people face many problems. He said that St Mary’s Hospital was in the middle of the market, which benefited tourists and the local people. There is a lot of dissatisfaction among the people.
The Association has demanded functioning of St Mary’s Hospital as before. Rajiv Aggarwal, Mukesh Aggarwal, Naresh Aggarwal and others were present on this occasion.