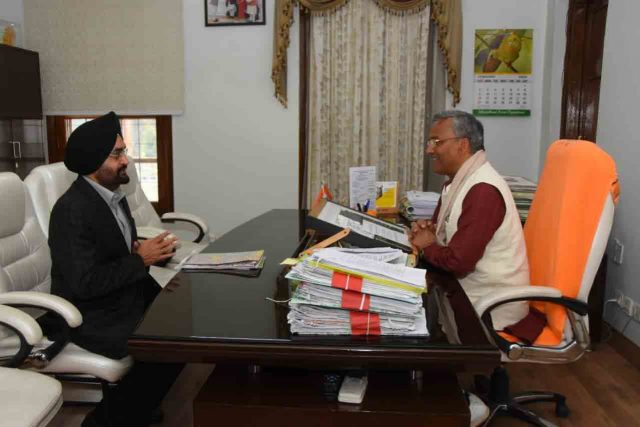 Dehradun, 24 Feb: The Union Government has approved in principle construction of an elevated expressway between Delhi and Dehradun. The proposed expressway will reduce the distance between the two cities from 250 km to just 180 km. It will also shorten the time required to travel this distance to roughly about two and a half hours. At present, it takes between 5 to 7 hours to travel between Delhi and Dehradun. Though, work is already underway to widen and make expressways between the two cities and it has reduced the time required by at least one and half hours to two hours, but the new elevated road is bound to prove a major boon to tourism in the state.
Since the proposed elevated road passes through forest and reserved forest area in UP, also, work can begin only when the UP Government accords environmental clearance to the project. This would, probably, have to be pursued by the Uttarakhand Government. Technically speaking, as the expressway is proposed to be elevated, environmental clearance should not be a big issue in itself as it is not expected to disturb the wildlife much. Besides the elevated road, a new tunnel will also have to be constructed in Mohand Area near to the new presently operating tunnel at the Uttarakhand-UP Border.
It may be further recalled that beyond the existing tunnel and Mohand forest area falling in UP, a four lane expressway is already under progress and is nearing completion.
This highway bypasses Chhutmalpur and Roorkee and, instead, goes up to Muzaffarnagar Bypass Road via an elevated road in the town of Deoband. The biggest bottleneck, at present, is the road after Meerut Bypass till Rajnagar Extension which passes through Moheddinpur, Modinagar and Muradnagar.
There is yet another Expressway project which is in progress – the Delhi-Meerut Expressway. Once this is completed, the two and half to three hours of time required for travel between Meerut and Delhi will also be significantly reduced to just about 100 minutes. Work is currently in progress on the Meerut-Hapur-Dasna stretch. Once the elevated expressway between Delhi and Dehradun is completed, commuters will have several options to choose from while travelling between Dehradun and Delhi.