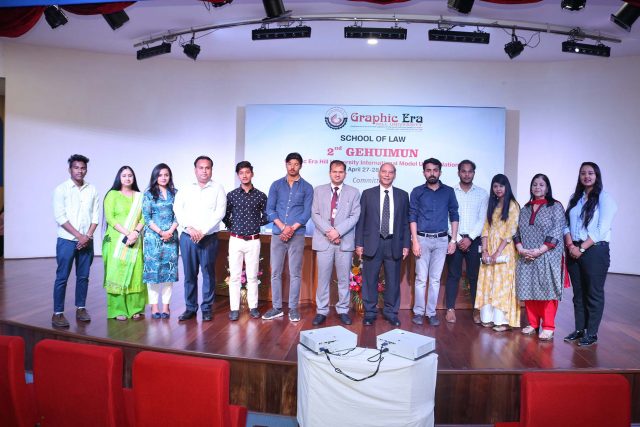 Dehradun, 27 Apr: More than 250 Students from India and South Africa have gathered at Graphic Era Hill University to participate in the second International Model United Nation, IMUN.
On the first day of the two day session many important and prevalent issues were brought on the table for discussion. Topics included, “ Threat to armed conflict in South-Asian Sub-continent with reference to Indo-Pak Conflict & Declaration of MasoodAzhar as international terrorist”, “Political Asylum to Rohingyas in Bangladesh & India”, “Electoral reforms in India with reference to simultaneous elections in LokSabha and State Assemblies and “Rafale deal and Citizenship Amendment Bill, 2018”.
On the first day NOTA, Terrorism and Azhar were some of the pressing issues during the sessions.
The School of law of Graphic Era Hill University organized the event with the aim to enlighten the importance of judiciary in the common man’s life.
The first day of the session was inaugurated by Justice U C Dhyani. Justice Dhyani, Chairman of Uttarakhand Public Tribunal Justice while addressing the students said that events such as IMUN are best ways to teach the new generation the importance of Justice. He further said that such discussions provide an open platform to know the view point and of the young generation on prevalent national and International issues.
For smooth functioning of the sessions the School of law formed three committees, United Nation General Assembly (UNGA), United Nation Human Right Council (UNHRC) and All India Political Party Meet (AIPPM). The three committees were coordinated by Secretary General TarunWalia, Director General AnushkaRana and Deputy Secretary General Shivam Sharma.
Director Graphic Era Hill University Dr Ajay Kumar, Head of the law Department, Dr R. Dhar, faculty members, officials and students were present during the event. The first day was anchored by Dr R. Dhar. 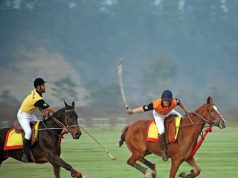 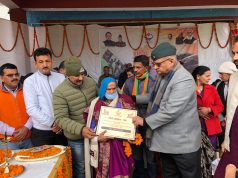