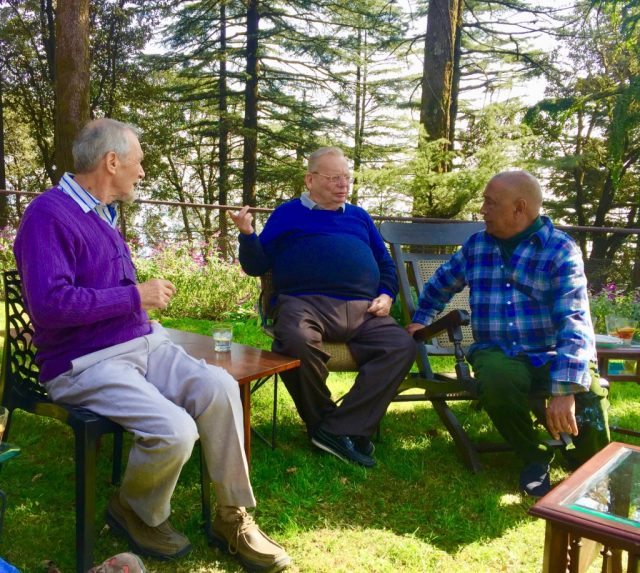 ‘I can’t seem to stop!’ Prajwal Parajuli author of several books including my favourite Land Where I Flee says to me as he walks past. ‘In Landour, the juices seem unplugged. I have written in a month what I’d normally do in a year.’
Landour’s thousand and forty acres are home to authors with some three hundred published titles. Step out beyond Landour’s confines to Oakless and find William Mckay Aitken (or Bill Sa’ab as we fondly call him). His books are a delight. And further afield in Ockbrook live the pioneers of travel-writing, Hugh and Colleen Gantzer.
Return to Landour of the 1980s to find Ellwyn Chamberlain, who spent many years in Sea forth while his children, Sam and Sarah, went to school. He authored Gates of Fire (1978), Hound Dog (1984), Thus Spoke the Thunder (1987) and Paradise (2016). How we miss you Wynn!
Of course some believe writing is too easy – all you need is pencil and paper. They forget the dustbin. It’s handy for shattered dreams before you step out to refill the bird feeders.
Ruskin Bond has been at the crease for over sixty years. Mussoorie-born Stephen Alter, has two-dozen titles under his wing. But there are others too. This is where Anita Desai was born; this is where Arvind Adiga wrapped up The White Elephant and this is where Dhiren Bhagat settled down in the Shanty hoping to write his magnum opus. Fate willed otherwise. While in Delhi to sort out family business, a freak accident snuffed out a life so full of promise.
You will notice how most prudently I have left myself out. I confess, while my attempts at writing, have made me a good typist, good writing is still far away.
So what’s new?
With the silver tsunami washing over me, I sometimes wonder: ‘Where on earth are the new writers? Or is the end?’
As it turns out, I needn’t have worried.
Worry vanished when I saw the pretty twenty-something Nandini Kumar – a mountain survival trainer– with a collection of short stories titled Baaki ki Baat and her story  Neeli has won her the Kindle Pen to Publish Contest, which recognizes and celebrates books written in Hindi and other regional languages, has won her the Kindle Pen to Publish Contest, which recognizes and celebrates books written in Hindi and other regional languages.
‘There was a time,’ Nandini tells me, ‘Every bookstore I visited, I could not find anything new.’ ‘Who was going to voice the aspirations of our generation?’ Confidently she confides. ‘We have such a rich tradition of greats like Munshi Premchand and Saadat Hassan Manto.’  Quietly and without fuss, Nandini strives to voice the aspirations of the New Age.
‘Manto is my North Star. The twists and turns of his stories continue to inspire me.’ She sighs. ‘Of course sometimes you write a story, sometimes the story writes itself.’ And what a journey it has been from being a writer to seeing her stories in print. Good luck to you Nandini – may you scale greater heights.
The next day, near Church Flat, I met the Swiss novelist Christian Kracht, walking Moo, a friendly brown-and-white Springer Spaniel. Their family has moved from Kenya to Landour, putting their child into school.
His latest novel Imperium set in 1902 is ‘funny, bizzare and shocking.’ It’s the true story of a scrawny, bearded, nervous vegetarian from Nuremberg, August Engelhardt who sets sail to an island hoping to found a colony devoted to growing and eating coconuts. Seventeen years later, in 1919, his famished body was found on a beach of Kabakon island in the South Pacific. Small wonder then that the novel has been translated into thirty languages and gone on to win many awards including the Wilhelm Rabba Literature Prize; the Publisher’s Weekly Ten Best Books of the Year and the Huffington Post Best Fiction of the Year. Even the English translator of Imperium, Daniel Bowles, who teaches German at Boston College, received the Helen and Kurt Wolff Translator’s prize.
Christian dives deep, crafting a fable based on the irresistible allure of fringe extremism and its essential stupidity. Although this amusing novel features palm-fringed islands with copious amounts of coconut oil — it is definitely not for the faint hearted.
But then, for that matter, who said writing was for the faint-hearted? Not even in Landour. 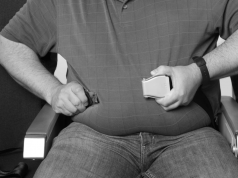