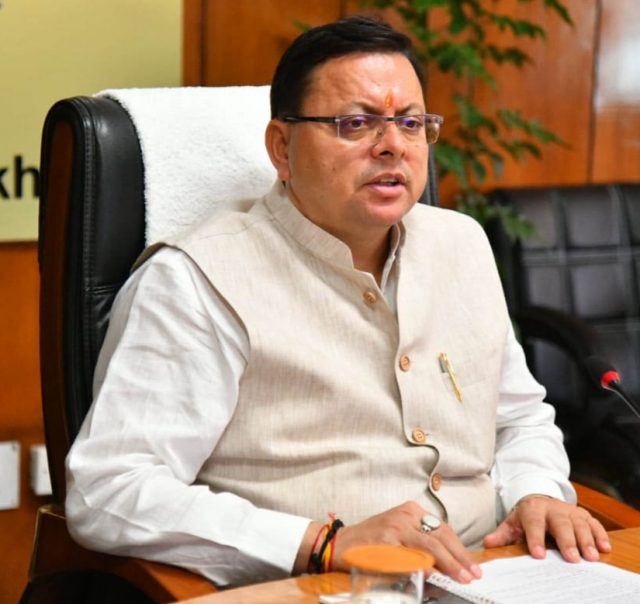 Dehradun, 26 Sep: Chief Minister Pushkar Singh Dhami reviewed the under construction and proposed works of the Public Works Department, NH and BRO in the state at the Secretariat, here, today. Describing the Manaskhand Corridor as the flagship programme of the state government, the Chief Minister directed the officials to expedite the proposed works. He ordered completion of the Bajrang Setu within the stipulated time frame by December 2022. The Chief Minister said that decisions taken in the meeting ought to be implemented seriously so that the outcomes were clearly visible. He further directed that necessary steps be taken by surveying dark spots on the roads and warning the commuters in advance to prevent accidents. Some progress had been made on crash barriers on the Chardham Yatra route and other routes as per the safety standards but it had to be completed at the earliest.

The Chief Minister said that, on all the bridges and flyovers, speed limit signage should be put up apart from ensuring a proper drainage system. The Chief Minister said that the treatment plan of the landslide zones should also be worked out. Where possible, proposals should be under the Mitigation Fund of Disaster Management. A permanent solution should be worked out in places vulnerable to fall of debris in the rainy season.

It had to be ensured that the necessary clearances of central schemes at the state level are completed in a timely manner.

He asked the officials to be fully prepared before the meetings with the Union Ministry. For Garhwal-Kumaon connectivity, the work on Jyolikot to Karnaprayag route needed to be expedited. The construction of a bypass at Kainchi Dham in Nainital needed to be completed soon. A meeting of the Urban Development, Housing and Public Works Department should be organised regarding the condition of roads in cities. The Chief Minister said that the quality of work ought to be ensured.

Garhwal Post has established itself as a credible, balanced and forward looking newspaper in India. Based in Uttarakhand, the daily is read by the aware, socially and culturally responsible, high-income elite of society.
Contact us: info@garhwalpost.in
matchmaking dead by daylight date for lent 2022 hot mature dating