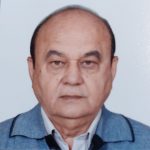 In the current political scenario, parallels can be drawn in comparing this might on the battlefields. The brazen Russian invasion of Ukraine or the sinister designs of the Chinese dragon viz-a-viz Taiwan are not matters of conjecture but are currently alive and live in our times. The world had barely started to recover from an unprecedented pandemic and in the wake of 6.43 million deaths up to 11 August 22, Russia undertook an adventure into Ukraine, killing (or more fully, annihilating) thousands of soldiers and civilians alike over the last 6 months. The rampage they went on and the devastation that followed leaves a sorrowful picture that has neither colour nor design. The only thing certain is the number of casualties, deaths and disease. And while the world is still perplexed about the almost certain hand China had in the birth and the subsequent spread of the pandemic, there are conflicting opinions in 7 billion minds about who is the greater perpetrator of the two. So, instead of playing big brother and showing to the world that they can indeed be good Samaritans, the Russians preferred to demonstrate that they still can flex muscles that have not sagged. That there is still blood flowing through their veins, however murky and tarnished. For an average Indian, it comes as an even greater shock to highlight these blemishes in a decades-old friend, who has always stood by India’s side in good times and bad. A time-tested friendship founded on solid faith and belief in each other. But the end result: India can neither criticise nor condemn the Russian aggression, nor uphold it in any way – a precarious and unenviable situation to be in.

But what is horridly stupefying is the fact that there has been no world outrage against both these actions. No serious backlash or retribution for these world-class offenders, who have taken it upon themselves to teach the world a lesson or two. America’s condemnation (of first the pandemic and then the Russian aggression) stinks of a feverish attempt to conjure a world opinion in its own favour, with little to no backup. And all of Europe that was busy telling the world what all it would do to support Ukraine in the face of an aggression!!

And while on the subject of retribution, does the world know how to calculate the price of a war? Is it strictly limited to the number of bullets fired or the number of aircrafts downed or the number of warships sunk? Heaven knows all this is just a fractional part of the whole. The food shortages and other scarcities caused, leaving the prices to soar uncontrollably in the aftermath of a war, are just some of the few instances that raise an eyebrow or two. Don’t these unaffordable prices make the world even poorer than before? What about the anguish people go through, especially those who have lost a near or dear one? Is the life of a son or a daughter or a parent replaceable? In the wake of the armies’ withdrawal, do these dead bodies come back to life, like the buildings which can be re-erected?

I am an ordinary Indian, but a very proud Indian because my country has never gone beyond our own boundary to look for freebies on the other side. Love and respect can only be got by first giving these to others. So, if more than half the world hates China because it is a habitual offender, there is little wonder. And when more than half the world unites to offer a consolidated front, it may be time for the bullies to go home. There should be no place in the world for these offenders.

Garhwal Post has established itself as a credible, balanced and forward looking newspaper in India. Based in Uttarakhand, the daily is read by the aware, socially and culturally responsible, high-income elite of society.
Contact us: info@garhwalpost.in
best canadian dating sites dating as a single mom women's hinge profiles