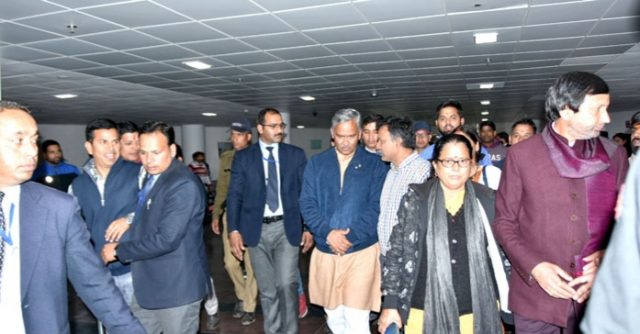 DEHRADUN, 18 Dec: Chief Minister Trivendra Singh Rawat, today, inquired about the well-being of a girl student from Pauri, who was burned by a stalker and has been admitted in AIIMS, Rishikesh. He obtained information about her treatment from the doctors. The Chief Minister said that, for better treatment, the victim would be sent to Safdarjung Hospital in Delhi by air ambulance. Necessary arrangements have been made there for her treatment of the victim. The expenditure on the treatment of the victim would be borne by the state government.
He reminded that the person who set the student ablaze with petrol had been arrested by the police and action as per law was being taken against him. Describing the incident as tragic, he wished the victim a speedy recovery. Along with the Chief Minister, Cabinet Minister Prakash Pant also inquired about the victim’s health.

Garhwal Post has established itself as a credible, balanced and forward looking newspaper in India. Based in Uttarakhand, the daily is read by the aware, socially and culturally responsible, high-income elite of society.
Contact us: info@garhwalpost.in
myspace dating site matchmaker raleigh nc https://garhwalpost.in/best-site-for-casual-hookup/