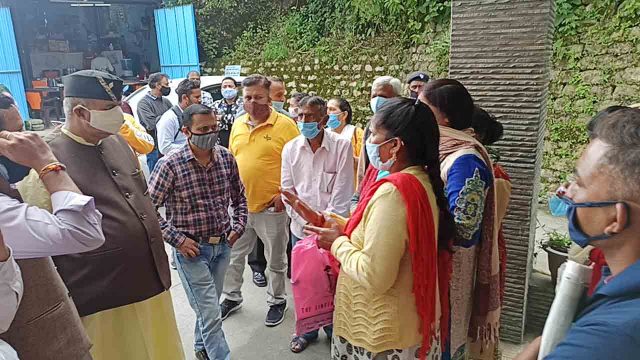 By OUR STAFF REPORTER
Mussoorie, 17 Sep: Homeless people from Shifan Court and IDH Building met Mussoorie MLA Ganesh Joshi and sought rehabilitation. The families told MLA Ganesh Joshi that their children had been rendered homeless.
Joshi assured the affected families that he would stand with them, but the municipal administration was not providing land for rehabilitation. He said that he had sought the land during a meeting with Municipal Chairman Anuj Gupta, and other officials, including the District Magistrate and MDDA Vice President. The Municipal Chairman had been asked to provide land soon, but it had not been done. He promised that he would construct sheds for them, himself, once the land was provided.