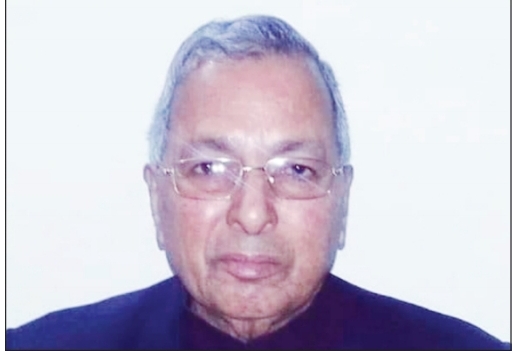 DEHRADUN, 2 Sep: The stalwart of the Uttarakhand Statehood Movement and two-time MLA, Ranjit Singh Verma, breathed his last at the Himalayan Hospital, Jolly Grant, today. His last rites will be performed tomorrow. As its President, he was the leading light of the Dehradun unit of the Uttarakhand Sanyukt Sangharsh Samiti, and was a member of the State Convening Body of the Samiti. All political parties and statehood movement activists have expressed deep grief at his passing. The former MLA was admitted to the Himalayan Hospital on 27 August, where he passed away today. He was a resident of Jolly Grant and had been MLA, twice, from the Mussoorie Constituency for the UP Assembly. He was an active social worker and had been for thirty years the President of the Doiwala Ganna Samiti. His cool minded leadership of the Uttarakhand agitation ensured it was not only non- violent but supremely effective. He refused to stand for election to the assembly after the state’s formation despite great pressure from his supporters, which perhaps was a loss for the state. He was recognised as one of the few highly principled politicians of the region. The soft-spoken and ever amiable Verma was also involved in the education sector, helping establish and manage several institutions of quality. State Congress President Pritam Singh has expressed deep grief at Verma’s demise on his party’s behalf and expressed condolences to the bereaved family. Among those who have also expressed grief are Congress General Secretary Vijay Saraswat, Lalchand Sharma, Rajendra Shah, Laxman Butola, Dr RP Raturi, Garima Dasauni, Rajesh Pandey, Dhirendra Pratap and many others. Verma began his career in politics under the mentorship of the late Hemvati Nandan Bahuguna. Statehood activists have demanded a day’s State Mourning for the late leader. Chief Minister Trivendra Singh Rawat has also expressed grief at the demise of Ranjit Singh Verma as have other BJP MLAs and leaders. The Garhwal Post family also expresses its grief at his passing and offers condolences to the bereaved family.