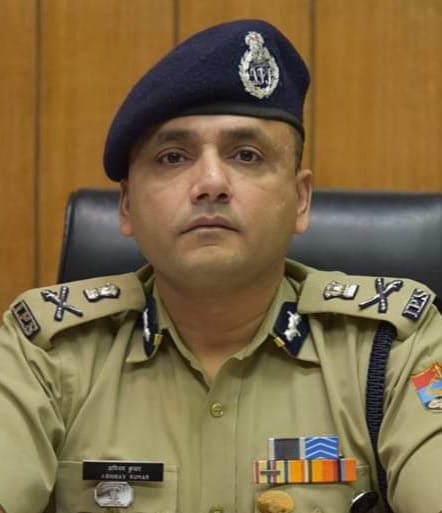 By Our Staff Reporter
Dehradun, 5 Jul: Special Principal Secretary, Abhinav Kumar chaired a review meeting of the Information Department at the Secretariat, here, today. The meeting was held in relation to the New Film Policy-2022 in accordance with the directive of the Chief Minister Pushkar Singh Dhami.
He issued instructions that film making should be made easy in the special context of Uttarakhand. Its objective should be to ensure a greater number of films are shot the state, employment created and local artists benefited. It would also give a boost to tourism.
Kumar added that the film producers and directors should be motivated to make films at the exotic locations in the remote hill areas of Uttarakhand.
It was also decided that an annual function would be organised to give awards to actors, actresses, film producers and directors by conducting a film festival like the National Film Awards. Film production based on local dialect and language would be encouraged, with equal importance to that based on Hindi and English. A special provision of scholarship would be made for the students of Uttarakhand origin who take admission in the Film and Television Institute, Pune, and Satyajit Ray Film and Televison Institute, Kolkata. With the new film policy, more jobs would be created, with increase in the business of hotel and taxi business. Local artists would also benefit, and the state would earn more SGST.
Instructions were also issued to establish the structure of the Information Department e-office at the earliest.
A proposal was also sought for restructuring the Information Department and to set up training programmes in national level institutions to make the personnel more efficient.
The meeting was held to prepare for the departmental meeting to be chaired by the Chief Minister. Present at the meeting were Under Secretary Rajnish Jain, Joint Director Ashish Kumar Tripathi, Joint Director KS Chauhan, Deputy Director Nitin Upadhyay and Deputy Director Manoj Srivastava.