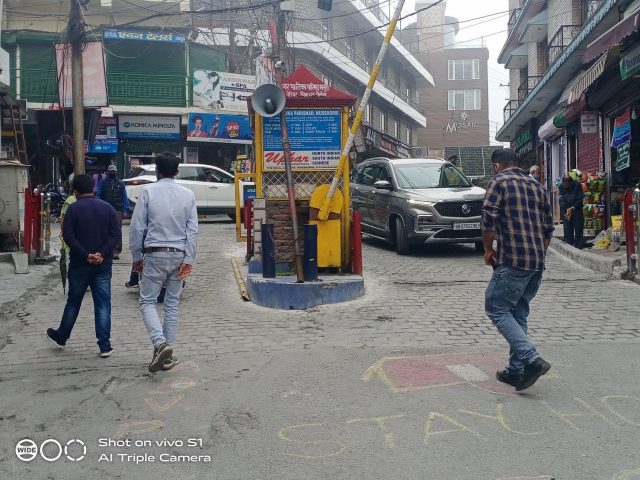 MUSSOORIE, 25 Jun: The Mussoorie Traders and Welfare Association (MTWA) and local people have demanded a one-year exemption in the entrance fee to the Mall Road, as also the house tax.
Earlier, the MTWA had submitted a memorandum to the municipal administration regarding the above demands, but as there was no positive response, there is increasing resentment.
MTWA General Secretary Jagjit Kukreja has demanded these exemptions on the people’s behalf. He warned the MTWA would consult the local people and formulate a strategy against the Mussoorie municipal administration.
Former Congress President Satish Daundiyal and former ABVP Secretary Mukesh Prasad said that the condition of local people was bad due to the corona epidemic. Mussoorie is based on tourism, and presently there was no income due to lack of tourists. In such a situation, the municipality should cooperate with the local people and waive the entrance fees and the house tax. They warned the people of Mussoorie would be forced to agitate against the municipal administration if their demands are not met.