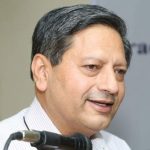 ‘Three.One.One.’ is the new name of the House Journal Society (HJS) of the LBS National Academy of Administration, and though I had alluded to it in my last column, the contents of the journal are so interesting that I thought of sharing these with a wider readership. Lalitaditya Neelam, the editor explains the rationale for the change of name: ‘Three.One.One.’ is a reminder to the Officer Trainees that the Constitutional protections that we enjoy as civil servants place a responsibility upon us to serve the nation with Honesty, Integrity, Dedication and Devotion by standing up for the right values and laws, without any fear or favour… we must carry forward the idea that we are all creatures of Law, and, hence, will always strive to uphold the Rule of Law, and make our nation truly great.

The name was suggested by P Promoth, and his comments are also quite pithy: for all the protection that this Article (311) offers us, it is our duty that we recognise it, and remember it with sincerity and gratitude… it is not a regular name, it is unassuming and dull at first glance. On reading the magazine’s name, an Officer Trainee may have to double think to connect to the Article and that is precisely why the rechristening is required: to pay a debt of remembrance to Article 311.

In the column, Bureaucrat to Know about, Team HJS (Lalitaditya, Chitra, Akash, Srushti, Pradeep, Lakshmi and Dilkhush) pays tribute to the legendary SR Sankaran for his efforts to abolish bonded labour and manual scavenging, and for ensuring distribution of land and a humane governance system for tribes. He was convinced that implementing the provisions of (Ambedkar’s) Constitution was the greatest weapon to bring about a revolution in the lives of those who lived on the margins. In fact, it was his post retirement role with the Safai Karamchari Andolan that led to substantial decimation of this practice in several parts of the country. His movement was therefore a precursor to the Swachh Bharat Mission!

Let me also give an extract from my interview. Responding to the question on changes in the Academy from my days as a probationer (as officer trainees were then called) I stated, ‘We are more inclusive today – in terms of content as well as our faculty and guest speakers, and our teaching is based on andragogy (participative learning through case studies, discussions and group work). In our days, we shied away from many subjects… caste, gender, patriarchy, sexual harassment at the workplace, but today we are willing to discuss threadbare every issue that confronts us.’

The section – ‘Of Poems, Lyrics and Life’ – features six poems in English, three in Hindi and two in Hindi in the Roman script. In her poem, Stills, Amritpal Kaur writes: maybe/you will see death/and lose a part of yourself, maybe/you will be sane/ and be insane all the same. In Ode to Forester, N Jeykumaran, who was here in the Foundation Course, puts his emotions to pen and paper: ‘maybe we are that Edelweiss /standing alone/walking alone/voicing alone. Like a bamboo flower/like a bamboo we die/we are the intangibles/we are the nameless tribe. The creative muse of V Abhishek leads him to juxtaposing the ocean with bureaucracy, and he writes: Oh great ocean/Do continue to sprinkle our land/so at least the shorelines be wet/like our hearts, Be a witness to your non-identical twin/ rise to the summit/despite all odds! Shrushti lets her imagination soar in her poem, My life, my dream, my peace. My dreams are my own/for the world that I serve/I am no phoenix, who rose from the ashes to the sky/ I am an eagle who will always soar high. Aparajita’s poetic after note on her winter study tour actually conveys the feelings of her batch – ‘Before it all comes to an end/that’s how things end, abruptly, sadly, or maybe without closure’.

I now come to the poems in Hindi and in the Roman script. And I also realise the limitations of both translation and transcreation, and I will attempt neither, but I must point out that there is no close equivalent to the Hindustani expression Talab, which Deepesh Kedia invokes to describe his feelings on the army attachment. Talab hai/mere vatan ne jo mujhe diya/uss se zyada chakhne ki talab hai/.. Mere vatan ke jhande ko/chaman mein lehrane ki talab hai. In her ode to Bharat, Garima Agrawal says: Aye Bhartiya / Tu hi Bharat Hai/.. Tu Tamil, Bangla, sab boli hai/Onam, Eid aur Holi hai/ sarson saag, puran poli hai, kumbh hai/ santon ki toli hai.

When I started writing the column, I thought that I would be able to cover most of the contents for, after poetry, we have short stories, cartoons, film reviews, sketches, reflections and book reviews: and so the next column will be Three.One.One (two)
(To be continued)