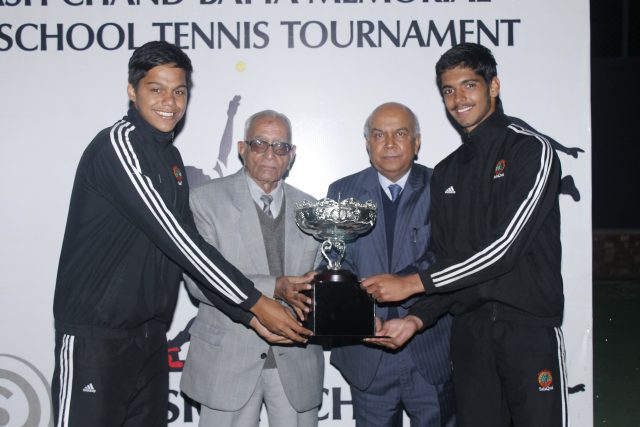 Dehradun, 29 Nov: The closing ceremony of the 3rdPC Batta Memorial Tennis Tournament was held at Kasiga School, here, today. The Chief Guest on the occasion was Shanti Swaroop, Co-Chief Examiner of the ICSE Council at Cambrian Hall. He has also worked as the Headmaster at Colonel Brown School for a long time. Swaroop has been the mentor, guide and teacher of the Kasiga School Chairman Ramesh Batta.

The tournament was won by Selaqui International School with Kasiga School being the runner-up. All the participating teams played brilliantly throughout the three days of the tournament.  In addition, the Welham School player won the U-14 singles match, defeating Yash Negi of Durga Public School by 6-2, 6-2. In the U-16 singles, Abhinav Acharya of Kasiga School defeated Sanidhya of Welham School by 6-2, 6-2. The Under-19 singles match was played between Kabir Kapoor of Selaqui and Abhinav Acharya of Kasiga School. Abhinav emerged as the proud winner by defeating Kabir 6-2, 2-6, 6-2.