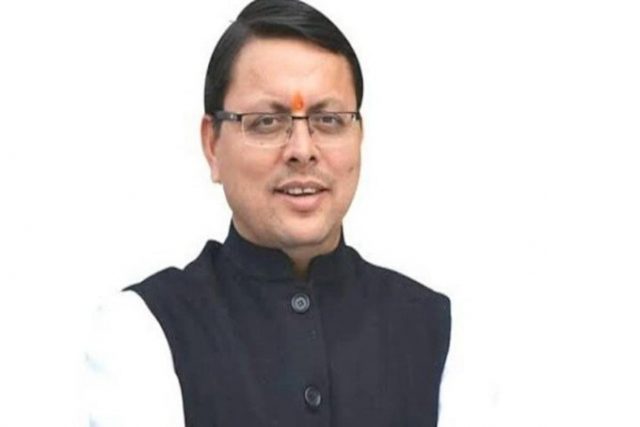 By Arun Pratap Singh
Dehradun, 23 Nov: The agitation against the Devasthanam Board continues despite positive assurances given by the government on resolving the issue. In talks with the agitating Teerth Purohits and other stake holders of the Char Dham shrines, Chief Minister Pushkar Singh Dhami and other cabinet ministers, including Harak Singh Rawat and Subodh Uniyal, had given positive indications of ceding to their demands. These talks were last held in Kedarnath before the scheduled visit of Prime Minister Narendra Modi, when Dhami had reached Kedarnath to oversee the preparations. However, despite such assurances, and following the postponement of the agitation by the Teerth Purohits, there is no concrete action in sight.
As a result, the Teerth Purohits reached the official residence of Government Spokesperson and Cabinet Minister Subodh Uniyal and sat on Dharna, there, this morning. They also performed some Yoga exercises like Sheershashan just outside the gate and resorted to raising slogans against the government.
Uniyal came out of his official residence and tried to assuage their feelings by seeking time till 1 December for resolving the issue. However, the Teerth Purohits did not budge from their demands and declared that they would continue their agitation till the issue is resolved. No amount of efforts on Uniyal’s part could calm them down. As a result, Uniyal too got agitated and went inside.
Later, speaking to the media, the Teerth Purohits claimed that Uniyal had threatened them. They accepted that Uniyal had sought time till 1 December to resolve the issue, but the Teerth Purohits claimed that he was not in earnest. They would stick to their earlier declared programme to observe 27 November as a black day!
The Teerth Purohits also sat on dharna outside the residence of Cabinet Minister Bishan Singh Chufal, whose official residence is adjacent to that of Uniyal. Chufal, too, reportedly assured them of a positive outcome soon. He is learnt to have further told the priests that their demands would be raised in the Cabinet Meetings of today and 30 November.
Acharya Santosh Trivedi of Kedarnath claimed that the Teerth Purohits were angered by the repeated assurances given by the government but no action. He threatened to take Jal Samadhi if the demands were not met soon.
A rally has been planned in Dehradun on 27 November, which would be observed as a black day. It may be recalled that it was on 27 November, 2019, that the Devasthanam Board was constituted by the then Trivendra Singh Rawat Government. The Teerth Purohits also claimed that some of them, who were also members of the BJP, would resign from the party on 27 November.
Meanwhile, sources in the government have claimed that there is intention to resolve the issue, but a final decision and announcement had to wait for the final report of the High Level Manohar Kant Dhyani Committee. The Dhyani Committee has already submitted its interim report, the contents of which the government has refrained from making public.
On the other hand, the issue continues to snowball as various bodies of seers based in Haridwar and Rishikesh have lent support to the demands of the Teerth Purohits and in a statement have stated that Hindu shrines be left to the Hindus to manage.

Garhwal Post has established itself as a credible, balanced and forward looking newspaper in India. Based in Uttarakhand, the daily is read by the aware, socially and culturally responsible, high-income elite of society.
Contact us: info@garhwalpost.in
date 6 weeks from now best blind date app