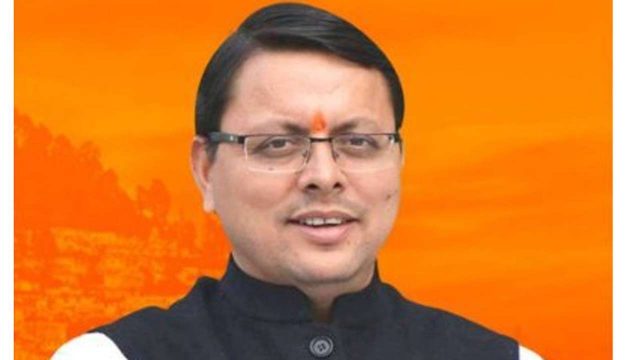 New Delhi, 24 Jul: Chief Minister Pushkar Singh Dhami is currently in New Delhi on an official trip and participated, today, in the Chief Ministers’ Council Meeting of BJP ruled states under chairmanship of Prime Minister Narendra Modi. He made a presentation on the achievements of the state and also presented a blueprint for development over the next few years.

The Chief Minister declared, “Under this vision plan, a target has been set to double the state’s Gross Domestic Product in the next five years through a growth rate of 15 percent per annum. Capital expenditure in this financial year has been increased from 13 percent to 17 percent in relation to last year’s budget. As a result of this increase, the state has achieved the target of making the capital expenditure required by the Government of India at 4 percent of the state’s GDP. In this series, infrastructure worth about Rs 25000 crore will be developed through external assistance over next five years to give strength to the economic momentum of the state. State Gati Shakti Master Plan is being prepared on the lines of ‘PM Gati Shakti Yojana’ to ensure better coordination between departments and for accurate planning of capital projects. A target has been set by the state to complete this ambitious scheme in the next 6 months.”

The CM added that the ambitious economic goals of the Vision Plan would be achieved through thrust sectors like tourism, transport, service sector, agriculture, horticulture and pharma. Under the guidance of the Prime Minister, work is being done on the Rishikesh-Karnprayag and Tanakpur-Bageshwar rail projects at a rapid pace.

Dhami added, “For an investment friendly environment in the state, industries are being given permissions from various departments at a fast pace through a single window portal. The state has been selected in the category of achievers in the Ease of Doing Business ranking by the Government of India. More than one lakh new employment opportunities have been created in the state through employment oriented schemes like Mukhya Mantri Swarozgar Yojana, Mukhya Mantri Nano Yojna by attracting private investment of more than Rs 600 crore. Uttarakhand state is included in the leading states of the country with the creation and efficient management of schemes like One District One Product, Women Entrepreneurship Promotion Scheme, Start-up Policy. Ten percent of the total startups projects of the country are located here.”

The Chief Minister emphasised that, in view of the immense potential of tourism in the state, the state is strengthening the local economy through home stays. On the lines of Chardham, vigorous efforts are being made to make Uttarakhand one of the top tourist centres of the country through new schemes like Manas Khand Mandir Mala and ‘13-Districts, 13-Destinations’ in Kumaon Division.

The Chief Minister said that, despite its limited resources, Uttarakhand had exported products amounting to about Rs 17,000 crores in the last year by focusing on exports, in which the pharma sector had made a special contribution. During the Russo-Ukraine war, the traditional food grains of Uttarakhand like Mandwa, Jhingora were exported to Europe. For the successful implementation of the One District One Product Scheme, a district level export plan has been prepared by selecting the product to promote exports.

Dhami added that cent percent target has been achieved by the state regarding the PM Kisan Nidhi, Soil Health Card and Ayushman Bharat schemes. In the current financial year, all the beneficiaries and targets in PM Awas Yojana Grameen, Jal Jeevan Mission, PMGSY, and Swamitva Yojana would be achieved by the state.

The Chief Minister said that the annual work calendar of each department had been prepared for the successful operation of various schemes and completion of the projects on time and regular monitoring in the state, which is being reviewed every month at the highest level. Efforts are being made by the state to increase GST collection by using technology. Artificial Intelligence is being used for in-depth monitoring of the state’s GST. Under the National Drone Policy, a Drone Research Centre had been established in the state of Uttarakhand.

The Chief Minister said that Direct Benefit Transfer (DBT) is being used in the 215 schemes by the state of Uttarakhand to ensure transparent fund flow. Uttarakhand is among the first three states in the country, where all the MGNREGA beneficiaries have their bank accounts Aadhaar seeded. The GeM portal has been made necessary to make government procurement transparent in the state.