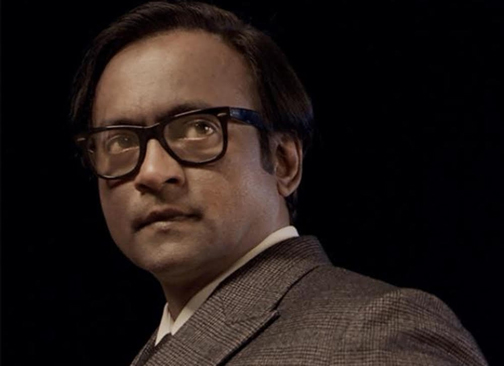 An exclusive confab with Prashant Narayanan
By SUNITA VIJAY
Actor Prashant Narayanan is all set to play the antagonist in the upcoming film, PM Narendra Modi. He essays the role of a business Tycoon of the country. The film stars Vivek Oberoi, Boman Irani, Zarina Wahab, Darshan Kumaar, and Manoj Joshi to mention a few. It is directed by Omung Kumar, the director of Mary Kom, Sarbjit and Bhoomi. Prashant has been into multifarious roles since early 90s as assistant art director, costume director, and actor, including the lead role in award winning German film, Shadows of Time. His big break in Bollywood came with Murder 2, and since then his hands are full. Prashant was in Doon for the shooting of the film, PM Narendra Modi, and GARHWAL POST caught up with him for an exclusive tete-e-tete …
Q. How challenging is the role of a business tycoon-cum-antagonist in the film, PM Narendra Modi, whose title itself is self-explanatory?
The challenge of any role is to make it as memorable as possible. But when you are doing a biopic, you are bound to follow some rules and regulations, as you are supposed to follow a real individual in his mannerisms and etiquettes.
Luckily for me, there was no one that I needed to follow. Technically I am the most ‘characterless’ person in the film.
The only motive that I had in the film was to portray an individual who is out to ruin Narendra Modi in his ventures.
Q. The film is directed by Omung Kumar, one of the finest directors in the industry. His film Mary Kom won the National Award for the Best Popular Film, and he has been praised for his other films like Sarbjit and Bhoomi. How has the experience been working with a first-rated director like Omung?
I have not seen any of these movies, so for me it was a totally non biased project. But it was a learning experience as he is heavily into details, given his art direction background. I found him very focused about what he wanted and I don’t think we had the comfort of having lots of time on our hands to create this very important antagonist. But hopefully he has created a character which would be as charismatic as the lead character.
Q. This film is strategically set to be released before Elections 2019. Is it a planned move to score mileage or an intention to glorify the success story of a man who rose from a humble living to lead the biggest democracy of the world? Would you say this movie is a part of election design (even if inadvertently), keeping in mind that a film has the power to reach the masses and influence them?
A man of Narendra Modi’s stature and popularity does not require a film to make any impact in anything. As far as the release plans are concerned, am sure the people who are putting in the finances want to recover their monies too. So if they think that this is the right time to release a venture, then am sure they are all qualified people to arrive at a decision like this. The elections are all about what people want, and a two hour film is not going to change anybody’s perception.
Q. Please tell us something about your role in PM Narendra Modi.
I play a character called Aditya Vardhan who has been linked with politics through his father right from his formative years. The added advantage and power of having lots of money has created a person out of him who is used to people listening to him and his views and he is quite rattled with this ordinary man called Narendra Modi who has decided to give it back to him.
Q. What is your basic criteria to pick up roles in films and how do you prepare yourself for it?
It’s more like an intuitive decision rather than anything planned out. I like to work with
like- minded people who hate mediocrity as much as I do.
And as far as preparation goes I just read my script properly and listen to the director and honestly do something in front of the camera. Going to the gym and making some abs are not my idea of homework.
Q. This is your first visit to Dehradun. Please share your experience.
I loved it and was rather sad that my schedule got over.
I in fact experienced some hailstorm too and it was beautiful. I will be back soon and this time will get my wife along so that I can treat her to some real good things in Doon.
Q. Do you see potential in Uttarakhand to shine on the Bollywood map? I am pointing to the breath-taking beauty of the Himalayas, scenic locales, the combination of good looks and talent in its residents, plus the aspirations of many to be in the film industry. Do give some tips.
Mumbai is a land of dreams for a lot of people who want to make a mark. And a place like Uttarakhand is already being tapped by a lot of filmmakers for their ventures. Am sure in time it will become hot property.
I am going to ask Mr. Modi to do something about it.
Thanks, and hope all good happens with the people in Uttarakhand.