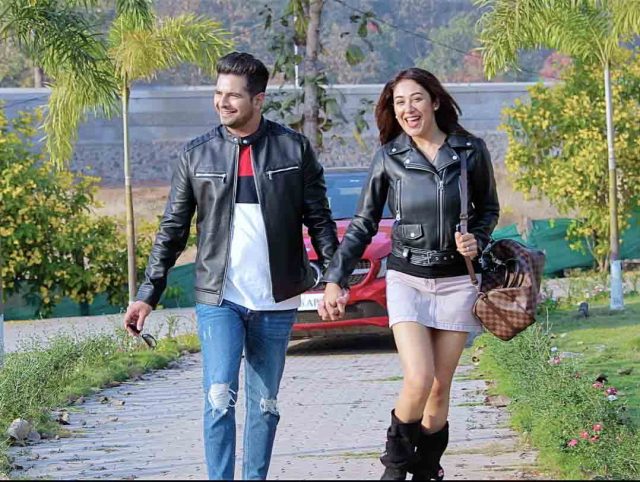 DEHRADUN, 20 Sep: Actress Anjali Pandey has produced, directed, acted in, written the story and screenplay of a short film (13 minutes) “Mahina”, highlighting taboos around menstruation that still prevail in society.
‘Mahina’ also marks the debut of Anjali Pandey’s production house, “Guardian Angel’s Entertainment”.
A number of films tackle the stigma around periods, but they frequently reduce discussions to only the feeling of shame. ‘Mahina’ explores the cruelty that still exists in remote areas due to lack of education, which results in acts of brutality towards women.
The short film features Anjali and Karan Mehra, an urban couple, who decide to visit a village. Their trip turns into a nightmare when they become witness to absurd and monstrous acts towards a menstruating woman.
‘Mahina’ is the result of Anjali’s observation from her travel days, when a part of her felt helpless that she couldn’t help those women exposed to inhumanity. Her wish to change the way society looks at menstruation has resulted in the short film.
“Lockdown gave me a lot of time to think about important topics which need change. Menstruation is definitely one of them. Conversations around menstruation have finally entered mainstream cinema and punched holes in the culture of silence around the subject. Gradually, things are changing. Mahina is my contribution to this change. Let’s fight the stigma around menstruation, together,” says Pandey.
Karan Mehra says, “I am so proud of Anjali putting together a film on a topic that needs our attention. Not many people talk about it. Mahina is a realistic film which shows the ground reality of how women are treated during menstruation.”
Guardian Angel’s Entertainment presents Mahina, featuring Anjali Pandey and Karan Mehra; Produced by Anjali Pandey; DOP & Editor – Eliezer Sircar; Music by Hemant Pant; Executive Producer Madhuri Pandey.
Anjali Pandey belongs to Khatima in Uttarakhand. She did her schooling in PCM from St Aloysius, Pilibhit. She has done her ‘O’ and ‘A’ levels in computers from ERNDCI (Electronic Research and Development Centre of India) NOIDA, DIT from Taxila Institute of Information Technology, NOIDA, and BA from Kumaon University, Khatima. Her parents are Dr PC Pandey (Child Specialist, Khatima) and Geeta Pandey (MSc) a homemaker by choice.