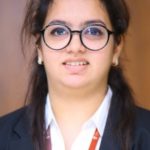 Experience has taught us that we have only one enduring weapon in our struggle against mental illness: the emotional discovery and emotional acceptance of the truth in the individual and unique history of our childhood. – Alice Miller

According to government data, an average of 31 children died by suicide every day in India in 2020 due to psychological trauma faced by them. As many as 11,396 children died by suicide in 2020 which is an 18 percent rise form 9,613 such deaths in 2019 and 21 percent rise from 9,413 such deaths in 2018, as per the National Crime Records Bureau data. As per a study performed by Netherlands Study of Depression and Anxiety (NESDA) 18.4% people reported at least one childhood life event and 57.8% any childhood trauma.

We often hear adults say things like, “they were so young when that happened, they won’t even remember it as an adult,” but that is not the case, there are many childhood instances and events that people remember till the very end. The physical, social and emotional development of young children has a direct effect on their overall development and what they become as an adult. In order to maximise the future well-being of children, it is very important to understand the need to invest time and energy to build a healthy environment for a child. As adults, people widely accept and believe that early childhood fears and events deeply impact a person.

As we grow up, we hear a lot of people saying that childhood is the best and easiest part of our lives, but at the same time there are people who do not want to talk or think about their childhood at all. Often, there are small yet impactful moments in a person’s childhood that might lead to mental health issues such as low self-esteem. For instance, while children are growing up, they depend on their parents to keep them safe and protect them, and they are more focused on playing and enjoying a carefree life. However, in any instance if a parent violates them in an abusive way which may be mentally or physically, it destroys their child’s trust in people they love the most. This eventually starts impacting the relationships that the child builds in the future. It is not like hiding a toy and thinking that the child might never be able to see it again. There are instances that a child might never be able to talk about but they may leave scars for their entire lives. Psychological trauma can have widespread impact on the physical, emotional and mental health of an individual.

Let me narrate a story. There was a girl named Aisha, she was a very fun loving, caring and a kind girl. She loved participating in various school functions and activities and her favourite hobby was dancing. She was so passionate about dancing that she dreamt of becoming a well-known choreographer worldwide and pursue her career in the same field. She had a huge group of friends and liked spending most of her time in school. Though she had friends, she did not speak to anyone about her life or her thoughts. There was no activity or function in school in which she would not participate. She had such a fun-loving nature that there was no one who did not want to be her friend. During her last few years in school, she suddenly quit dancing, initially people tried to find out reasons but, eventually, they thought that she did that so that she could be more focused on her studies.

Once school ended and it was time for her to start her next phase in life at college, she was scared since that was the first time she would be leaving her home and moving to a completely new city, but at the same time she was excited too because that is what she had been wanting to do. She had a goal to build a career for herself that might not be in a field she had thought of but would excel in whatever she would do. With this goal in mind, she started college and also thought that she might be able to make a few friends with whom she would be able to share all her thoughts and who would understand her. She did make two friends there and opened up about her entire life with them, she had the fear that people will only judge her and not believe in her if she opened up and spoke about her life. Unfortunately, her fear did come true and there was no way in which she could feel better now. Her childhood was not as happy as many childhoods are, and she was not able to talk to anyone about it no matter how hard she tried but, for once, when she had the courage to speak to someone about it, she was not treated well. She started isolating herself, from being a complete extrovert who liked being around people, who never liked being alone, she became an introvert who wanted to be alone all the time. She had anxiety and depression issues not just because of how people treated her when she spoke her heart out, but mostly because of her childhood scars. She eventually got a job for herself and also met a boy in college who loved her unconditionally and tried his best to make her feel comfortable in every stage of her life. Sadly, she was never been able to open up and talk about what she feels or what her childhood was with anyone after that. She did not like talking much and stayed silent in group calls too. Her silence and the way she had become so quiet annoyed a lot of people around her too but she could not explain why she had become that way. The part which hurt her the most was that she was never able to talk to her parents too about anything she was going through. During her childhood itself, if she would have been heard things would not have turned out to be the way they had become.

Parents can make a huge difference in their child’s development and protect them from such traumas. Parents can ensure that they build good and happy memories for their child and a healthy environment to grow in. Parents can sit with their child and listen to what they have to say. These days we hear a lot of parents complain that their child is always on the phone, but there is a possibility that their child is spending more time on the phone because they do not have anyone to talk to physically or they might be feeling lonely. In a survey of 135 San Francisco State students, researchers found that students who used their phones the most reported higher levels of feeling isolated, lonely, depressed and anxious. They believed the loneliness is partly a consequence of replacing face-to-face interaction with a form of communication where body language and other signals cannot be interpreted. There is a wonderful quote by Magda Gerber, “Let the child be the scriptwriter, the director and the actor in his own play.” So, let’s try to build a happy and healthy environment for every child to grow up in.

Give yourself reason to wake up