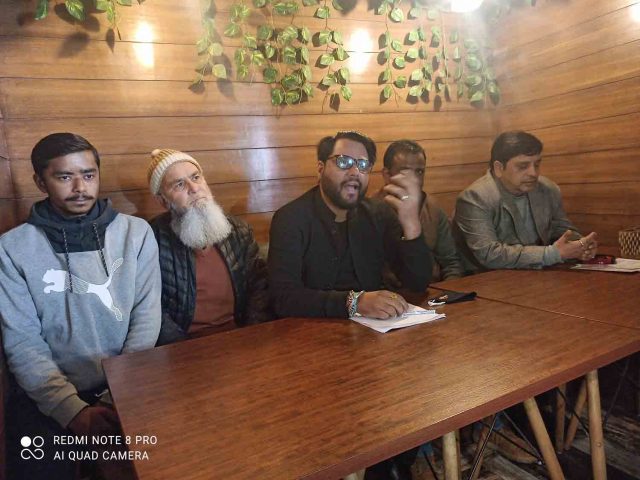 By Our Staff Reporter
Mussoorie, 23 Dec: Mussoorie Congress President Gaurav Aggarwal, at a press conference, today, opposed the weekend ban in the town. He said that it seems that the government is working to deal with the corona infection on one day in a week.
He said that the weekend closure is having a major impact on the tourism of Mussoorie. The District Magistrate has prohibited holding of any programme during the New Year and Christmas festivals. He said bookings had already been done by the tourists for the celebration of New Year and Christmas, which were now being cancelled.
He has demanded immediate removal of the ban imposed by the District Magistrate. Gaurav Agarwal also attacked the AAP, saying that it was misleading the people the way the BJP is. He asked how many people from Uttarakhand represented AAP in the 70 member assembly in Delhi. He said that leaders of AAP Party were making false and baseless promises. He claimed the people of the state had woken up and, by 2022, they would teach a lesson to, both, AAP and BJP. The Congress would win with a full majority.
Present on the occasion were Vinod Semwal, Manzoor Ahmed, Mukesh Rao and Ashish.