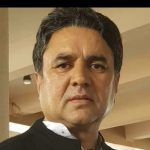 Among the events in my life that have cast deep and lasting impressions and influence on me was my first visit abroad. I had joined a Journalism Course in a Berlin based institute and for a young man who had spent most of his life in Dehradun, rarely ever venturing out, it was a completely new world! East Germany had recently integrated with West Germany after several decades of separation based on political ideologies! I was fascinated by the huge progress Germany had made after its destruction in the World War just decades ago! From what I knew about the world war, it also made me think about Japan, too, which was similarly destroyed but both these countries had not only rebuilt themselves, they had also become leading economies of the world! Seeing the developed country that Germany was and its modern urban infrastructure, its level of industrialisation, the metro system, I used to wonder if we would be able to see such development in India, which has remained a developing country for many decades even after achieving Independence in 1947!
I was a second generation journalist in my family and had started contributing my inputs and physical efforts as a young boy, itself. Being the son of a journalist and having grown up in an environment related to the profession, it opened my thinking and made me inquisitive. I was always searching for answers to all sorts of problems that existed around us and in our country! We were subscribers to Blitz, a Hindi weekly, and I was impressed by the articles, the photographs and the presentation style of the publication. My father’s publication lacked financial resources and had to publish the same profile pictures again and again because, in the era of the letterhead press that we had, it was expensive to make blocks for each and every photograph. Even the range of fonts used by our letter press was rather limited as they were quite expensive!
While in Germany, I noticed how patriotic the people were! They were always eager to contribute in all possible ways as citizens to take their country forward! This sense of patriotism deeply embedded in the psyche of the Germans was the big difference that separated them from others! We, in India seemed to lack somewhat in this respect!
When I returned from Germany, I started as a freelance reporter for a while, contributing also to my father’s publication before starting Garhwal Post in 1996 as a weekly publication. Despite the initial struggle, due to the dedication of our team and our constant efforts to maintain the quality of the content, we managed to carve a niche among the publications of Dehradun and Uttarakhand. Due to the patronage we had, we took a major step forward in 2006, making it a daily newspaper. It is now a leading English daily published from Uttarakhand, in which well respected great minds from various arenas of life also contribute on a regular basis! We have striven hard to make it the voice of the people of the state, especially the younger people. I believe we have achieved that to a great extent! We are now entering the Silver Jubilee year of our publication!
Coming back to the examples of Germany and Japan, I am sure that people have contributed hugely to their bouncing back as developed economies from the brink of destruction after the Second World War, and this is what is required in India, too! Instead of blaming the governments of the day for every ill that besets the country and expecting the governments to do everything, the people ought to think of the ways we can contribute towards building our nation! The current Corona pandemic has created a crisis in India where many have become jobless and have even returned to their native places. Apart from being a crisis, this special situation can also become an opportunity for us to change and contribute as entrepreneurs and innovators towards growth of India as a nation! The advice of Prime Minister Narendra Modi to be Vocal for Local needs to be taken up in right earnest to take the country and our region ahead. As citizens, we all ought to patronise local brands, local restaurants instead of multinational brand restaurants for whom we are just a number, by having a personal relationship with the local restaurateur or hotelier!
I will again appeal to all to support and promote the local as well as to think how to contribute towards the progress of the country rather than expecting the PMs and CMs to do everything.