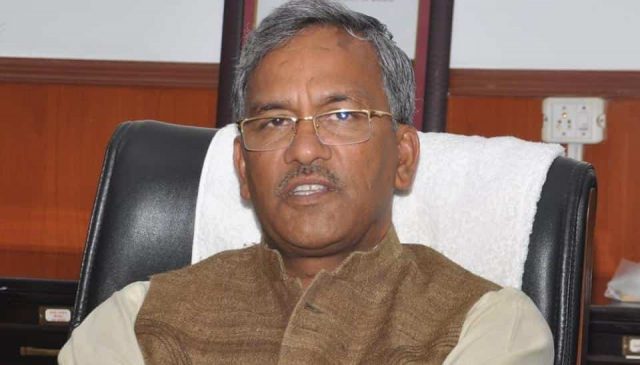 Dehradun, 11 Mar: Chief Minister Trivendra Singh Rawat today appealed to the general and OBC category of employees to call off their strike in view of the emergency situation arising due to the Corona Virus. However, most of the employees on strike continued to stay away from work today and have even threatened to derail essential services in the state from tomorrow onwards.
Chief Minister Trivendra Singh Rawat, who as per his own orders to all the ministers to sit in their respective offices in Vidhan Sabha Bhawan, here, for at least two days every week, attended his office and made an appeal to the striking government employees to call off their strike.
Rawat said that there was the danger of Corona Virus turning into an epidemic in the country and, keeping this in mind, the government employees ought to call off their strike and return to work in the larger public interest. He said that the public interest was paramount and there was no reason for the strike to continue in such circumstances. Though the government had issued a high alert to deal with any possible spread of the virus, the government employees declared their intention to include essential services such as medical, water and power supply, as well transport services, from tomorrow in case the government did not clarify its stand on promotions without reservations.
Earlier, the General and OBC Employees Association had written a letter to the CM urging him to make known the government stand on the issue of granting promotions without reservations as it had demanded. In fact, General Secretary of the Association Virendra Singh Gusain told media persons that they were persisting with their stand on continuing the strike and claimed that more than one lakh and fifty thousand employees would continue to be on strike till the government took a clear stand on their demand. He lamented that the government was ignoring their demands and, as a result, a large number of promotions were being held up despite being overdue. He reminded that the employees would include the essential services in the strike if the government continued to ignore the demands. He also reminded that a two-wheeler rally would be held in all the districts on 15 March while, on 17 March, the employees would sit on dharna along with their families at each district headquarters in support of their demands. On 22 March, the association would again hold a rally and then gherao the CM’s official residence.