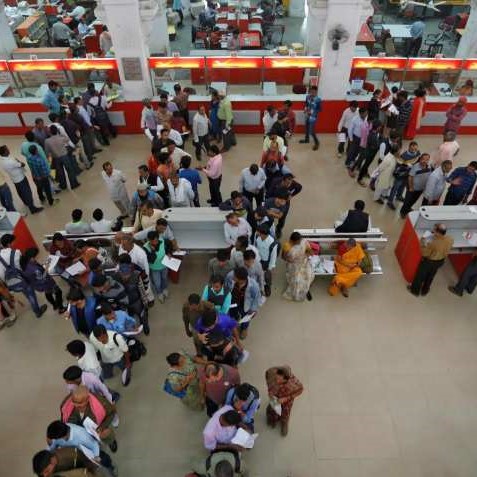 The Delhi Airport was packed with people – their faces looking drained and greasy. Understandable – it was Delhi weather at its worst – hot and humid. I was there to catch a flight to Ahmedabad.

The travelers were impatient to get their boarding passes, which would entitle them to enter the lounges where they could relax a bit. I waited patiently.

The problem (sometimes an ego inflator!) of having been a Teacher/Principal for 4 decades is that you are likely to be recognised at a public place. Hence, everyone who smiles at me appears to be, either, a student, a teacher, or a parent with whom I have interacted. Someone who smiles a lot is sometimes greeted with “Hello, how are you doing?”

Sometimes this familiarity shocks people, sometimes it makes them happy!! However, I have noticed that it has never hurt anyone!

While I waited, I caught the eye of a young man ahead of me in the queue. He had been looking at me with a perpetual smile on his face.

It occurred to me that I had seen him somewhere. He was not a stranger. I ignored his smile by pretending first to look at my ticket, and then at the queue behind me.

As he edged ahead he looked back again and waved to me – with the smile intact.

Soon, we were next to each other – but on adjacent sides of the queue. (In airports, the queues sometimes take the form of a “U”. So, you can come across each other on the two straight lines of the U before you turn around it).

“Good evening, Sir,” he gushed rather enthusiastically. Enthusiastically enough to make people turn their heads and look towards me. By now, I was convinced that he was a student whom I had taught.

“Good evening. How are you?” I enquired.
“Fine, thank you, Sir. Do you recognise me?” he asked quizzically and expectantly.

“Do you remember my name, Sir?” he probed.
I normally don’t lie. It is very inconvenient. But there were so many people who were now privy to the conversation, that I thought it would sound rude and arrogant for me to say, “No, I don’t.” Besides, my memory was reconnecting with him. Oh, yes – he was a terrific sprinter in school. I was his tutor. However, for the life of me I could not recollect his name.

But yes – I knew that below those cotton trousers – were a pair of very hairy legs.

“Yes I do,” I answered almost instinctively, as he took his place at the check in counter.

I had lied! I knew that I had made the cardinal mistake of telling an unnecessary lie. I was very uncomfortable – not because I had lied, but as what to tell someone who thought I remembered his name.

While he checked in, I phoned up a senior teacher who had taught him.

“Listen, what is the name of the boy we used to call “Harry” because he had a lot of hair on his legs?”I asked nervously, keeping my voice low.

I could feel the pregnant silence at the other end of the phone as the teacher tried to recollect.

“Sir, I will get back to you. Is everything fine?”
“Yes, yes. Please get me his name fast. Treat it as an emergency.” I was panicking! I was not interested in polite conversation.

I kept cursing myself as to why I had lied.

The boy checked in and waited for me to do so. I did not want to meet him, yet, as I did not remember his name. I got off the line after checking in and pretended I was talking to someone else on my cellphone. I shook hands with him while pretending to talk.

And then the worst happened. While I pretended to speak on the phone, it rang!!

We both looked at each other.
He was too smart not to know that I had been on a fake call.

The genuine call was from the teacher. He told me that the name of the boy was Devinder (name changed). I thanked him and then hugged Devinder and gushed, “How are you Devinder. Such a pleasure meeting you. It’s been ages.”

Devinder was over the moon that I remembered not only his name, but his House and the fact that he had hairy legs.

“You are amazing, Sir. You are phenomenal. Your memory is legendary. And, Sir you are right about the hair. See.”

He pulled up a bit of his trousers. And sure the hair was still there!

I wonder though – what he must have thought of the phone call that I faked while waiting to know his name.

Next day, when I addressed the School Assembly, I appealed passionately to the kids not to lie. I advised them, “Don’t Lie. Never ever. Never,” and added, “It’s not worth it.”

(Kulbhushan Kain is an award winning educationist with more than 4 decades of working in schools in India and
abroad. He is a prolific writer who loves cricket, travelling and cooking. He can be reached at
kulbhushan.kain@gmail.com)