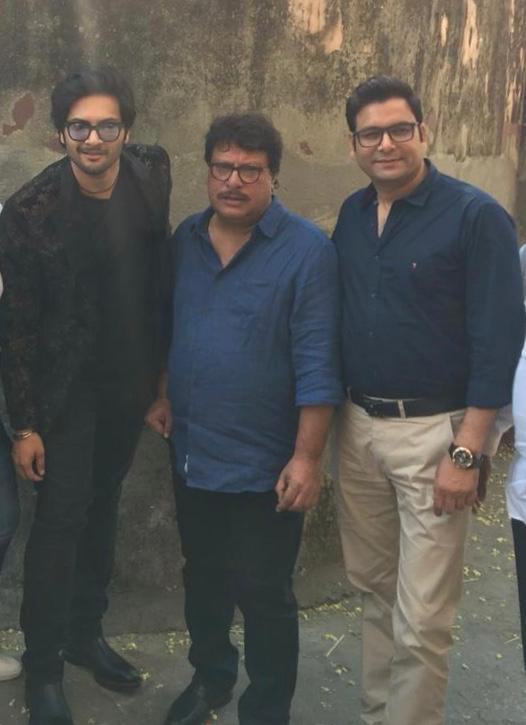 By OUR STAFF REPORTER
DEHRADUN, 27 Feb: Dehradun based Producer Om Prakash Bhatt has announced that his film, ‘Milan Talkies’, is all set to release on 15 March. The movie has been directed by Tigmanshu Dhulia. Starring Ali Fazal and Shraddha Srinath, the movie has been co-produced by Dehradun based Om Prakash Bhatt, who owns Purple Bull Entertainment. The film has been jointly produced with Filmy Keeda Productions.
Talking about ‘Milan Talkies’, Prakash Bhatt said, “The trailer of the film is out and I am really happy to see the response from the audience. Milan Talkies is a beautiful desi romantic love story set in Allahabad. Everybody in the team has worked really hard to make this film a grand success.”
He adds, “I hope that the audience enjoys the movie. This is an unconventional love story revolving around lead stars in the period when single screens were making ways for multiplexes. I am glad that the movie has been made under the creative guidance of Tigmanshu Dhulia.”
According to Tigmanshu, “Milan Talkies is very close to my heart. Ali Fazal and Shraddha Srinath have done a brilliant job. It is a different kind of love story. We are looking forward to the audiences watching Milan Talkies on 15 March.” Fazal was last seen on the big screen in ‘Happy Phirr Bhag Jayegi’ in 2018, while Shraddha marks her debut in Hindi films.
The film’s story, screenplay, and dialogues have been written by Tigmanshu Dhulia and Kamal Pandey. The film also stars Ashutosh Rana, Sanjay Mishra, Reecha Sinha and Sikander Kher.