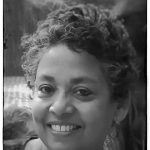 My most unforgettable travel experiences have been closer home, here, in Uttarakhand. I discovered my country around the hearth of village homes and in bone barechai shops of our remote mountainous regions. Places where the generosity of simple people left an indelible impression on my soul and where the unique biodiversity of a region made me realise just how sacred our land is and why it needs to be protected at all costs. Dugtu is one such place.

In August 2006, when my daughter was but a child, she cut her teeth on a trek with me and my friends to Panchachuli base camp. I fondly refer to it as the Darma valley trek. The journey was memorable. I had promised my daughter we’d get her a mule but there were no rideable mules to be found for love or money and so she walked. Starting from Dharchula, the trek started getting progressively interesting with waterfalls blocking roads, slopes of loose gravel, continuing to meadows/bhugyals dotted with alpine flowers. For me, the stay at Dugtu was the highlight of the trip.

We broke journey at Dugtu (11,800 ft) as it’s only a two-hour walk from there to Panchchuli base camp. As we approached the village, we bumped into an ITBP team heading toward Tidang. They stopped in their tracks at the sight of our motley group of two middle-aged women, three men, and a little tired girl dragging her feet. After what sounded like a casual inquiry about our purpose and identities, the kind DSP offered my daughter a horse ride into the village. By the time we sauntered into Dugtu, my daughter had been fed a warm lunch followed by kheer for dessert and was ready to be rescued a second time. The memory of a small girl awkwardly sitting and eating kheer supervised by uniformed men in an imposing camp stays fresh in my mind to this day.

What froze me to the spot was the sight of Dugtu, itself, with its quilted patchwork of pink fields. I mean pink, like candy floss. I had never seen pink cultivation of any kind and drank in the sight of buckwheat (Fagopyrum esculentum) or ‘kuttu’ which I was unfamiliar with then but seek out desperately now. I took in the picturesquely quaint-village spread out before me. Houses with slate-roofs, narrow doors, and dollhouse-like windows with ‘likai’ carvings framing whoever stood there looking like they were posing for a photographer. Like most remote mountain villages, this one too had a water-churned mill built over a running brook. Lush monsoon vegetation leaned onto pathways, white clouds floated through a blue sky, charming women in headscarves and men in hats went about their business, livestock did what they do and an enchanting post office added the final cherry to the cake.

There was something amiss though. Young people. The villagers were mostly getting on in years. Dugtu had the making of a ghost village, a term I hadn’t even heard of back then. Our hosts, Nanna and Nani instantaneously adopted my daughter and personally took it upon themselves to dote on her. My trekking companions served up hot parathas dripping with homemade ghee. When you’re cold and high up on a mountain, a hot paratha, as you can imagine, is manna from heaven.

The inside of Nanna and Nanni’s home was mud and cowdung plastered, clean, minimalistic and welcoming. They had a fire going in the middle where they cooked.

We sat around in a circle, chatting and sharing as they kindled the flames with strips of birch tree bark that were growing in groves. I ran my hands over the precious surface thinking of all the Indian epics written on sheets of birch bark. Nana gave us each a good-sized sheet of birch bark which I treasured for a long time. He regaled us with stories of how he would boil down blue pine to use as ink when he was a young boy. His father was an Indo-Tibetan trader in days bygone. Our time with him was very inspiring. Here was a man who was truly connected to the land he lived on. Nani decided to doll up my daughter in her jewellery which reached below her knees. It was a rare heirloom and I’d never seen anything like it before. I felt a lump in my throat. I had no words. How trusting Nana and Nani were. How generous in spirit and how brave to live as they do with no outside help.

Each room in their home had a small single window, clearly designed not to let heat escape. I learned that in the dead of winter, the whole village migrates lower keeping a single person on watch. It isn’t always humans they fear. Some village homes I saw were barricaded with logs and massive bundles of dry vegetation to prevent hungry bears from entering. The ingenious ones of course would find a way through the roof in their search for food. Winter is a bleak time for most beings at that altitude. When they do remain together in Dugtu, the villagers share a palpable camaraderie, one you can hear after sundown.

Nana led the two-hour walk up to Panchachuli base camp. On the way there, I heard more stories, visited Nana’s community shrine, plucked fresh strawberries, touched rosehips, sampled berries that tasted like Iodex, drooled over rockeries landscapists can only dream of replicating, and learned about local medicinal flora. The weather wasn’t cooperative and we didn’t get a good viewing of the great peaks. At that point it didn’t matter at all. I’d already gained got so much more along the way.

(Lalitha Krishnan is the creator and host of ‘Heart of Conservation’ podcast from Landour, Mussoorie.)