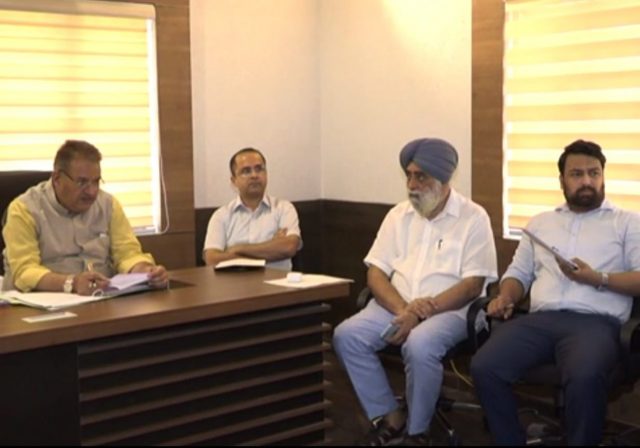 Dehradun, 23 Jun: On the lines of the state budget, Agriculture Minister Ganesh Joshi is seeking suggestions from farmers and the officials as well as field workers of the department to determine the goals and actions of the Agriculture and Horticulture Ministry for the next 5 years.

“Although, even 100 days of my taking over the department have not been completed, yet, I’m starting to understand a lot. My first focus has been to change the work style of the departments. The department can prove very effective in stopping migration. The opinion of officers who directly connect with the farmers, and the farmers, themselves, should draw up the policy, instead of just officials sitting in the capital. So, I am collecting their opinions and suggestions. The vision document will be released by the Chief Minister, Pushkar Singh Dhami, on the completion of 100 days of the government,” stated Minister Joshi.

Connecting through the virtual medium, the Agriculture Minister discussed the budget allocated for the district, drip irrigation, polyhouses, mechanisation, seeds and other types of inputs which are given for agriculture and horticulture. He also obtained information on the quality of the companies supplying the goods.

He said the aim is to double crop production in the next 5 years. He urged officials to visit the fields, rather than have the farmers come to their offices.