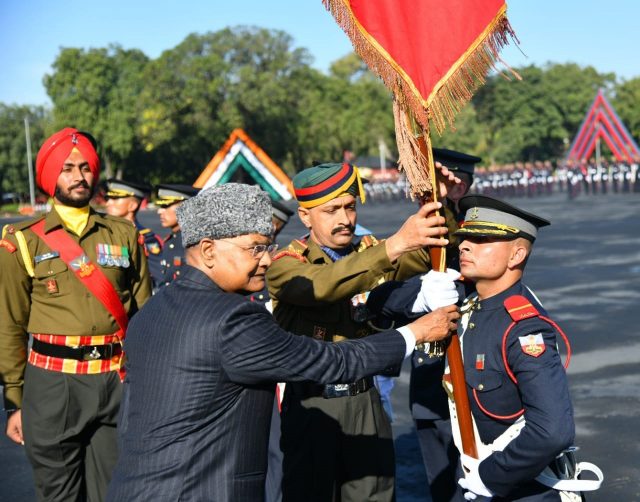 DEHRADUN, 11 Dec: Gen. Bipin Rawat was an extraordinary military leader, and his death creates a void that cannot be filled, said the President of India, Ram Nath Kovind. He was speaking on the occasion of review of the Passing Out Parade of the Indian Military Academy today. The President said that we gathered here today when the nation is yet to come out of the shock of the untimely demise of Gen. Rawat, the Chief of Defence Staff. Uttarakhand was his home and he was trained at the Indian Military Academy. At the IMA, he was awarded the Sword of Honour for his exceptional skills. 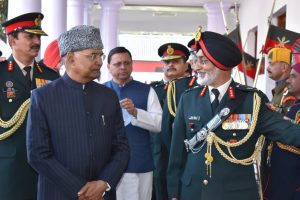 But for the tragedy, he would have been among us here today, looking at the passing-out parade with delight and pride for the cadets. The President said that Gen. Rawat added to the glory of the IMA, which is an institution with an inspiring tradition. 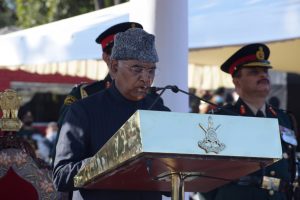 Before him, Field Marshal K. M. Cariappa, Field Marshal Sam Manekshaw and many other extraordinary warriors and strategists began their journey here as young cadets and potential leaders. Some of them laid down their lives for the safety and honour of our nation. 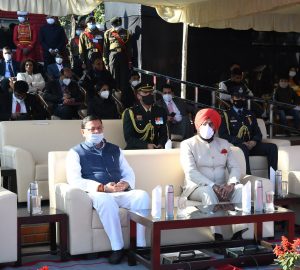 He expressed confidence that the gentlemen cadets, who would shortly embark on their journey of a life characterised by valour and wisdom, would carry forward the rich legacy of this academy. Congratulating the cadets on the successful completion of their training at the IMA, the President said that their service and dedication as soldiers and leaders of men shall add to the strength of a peaceful, independent and democratic India. He urged that, on this occasion, we should recall the iconic status acquired by one of the many illustrious alumni of the academy, General Bipin Rawat, who by dint of his hard work emerged as the role model of soldierly conduct for the future generation. The President expressed confidence that our flag shall always fly high because brave men like gentlemen cadets present here would preserve and protect its honour. Kovind said that the challenges that our great nation faces today are defined by a complex security environment, at the regional and global level. 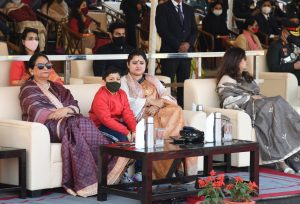 The cadets must, therefore, keep in mind that physical and mental toughness alone would not equip them to tackle modern-day threats to the country. As military leaders, they would have to develop a strategic mindset, cultivate an adaptive temperament and acquire the mental resilience essential to hone the skills required for military leadership. They must be prepared to deal with the unexpected challenges that the profession of arms shall present before them at various junctures of their service. The President was happy to see the gentlemen cadets from friendly foreign countries of Afghanistan, Bhutan, Maldives, Myanmar, Nepal, Sri Lanka, Tajikistan, Tanzania, Turkmenistan and Vietnam at the parade. He said that we cherish the special bond between our nations, and it is a matter of great pride for India to have such fine officers and gentlemen from friendly foreign countries graduating today. He expressed confidence that they would preserve the unique bond of friendship forged with their colleagues and instructors during their training at IMA.