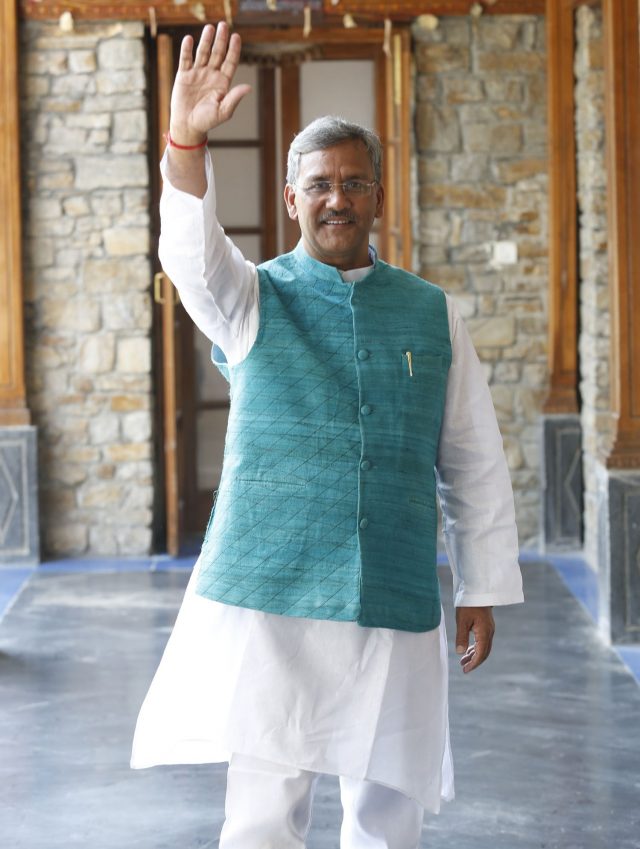 On this occasion, speaking exclusively to Garhwal Post, he said that the primary focus of his government after he took over as Chief Minister was to curb corruption, which he claims was rampant during the previous Congress regime. Excerpts of the interview:

How do you rate the performance of your government in the past three years?

We have taken the promises mentioned in our Vision Document quite seriously. The government is strictly moving ahead on the issues regarding which our party had fought the last assembly elections. Our focus has been on delivering on the promises that we made to the people and we are moving ahead. In fact, we have delivered on 75 percent of the promises made in our Vision Document. We have also declared Gairsain the Summer Capital of the state in line with the sentiments of the people of the state.

What has been the major area of focus for you as the Chief Minister, and for your government?

Corruption was the biggest issue for us when we came to power in the state. There was rampant corruption at every level during the previous Congress regime. It was particularly flourishing in matters related to land, mining, transfers and postings, forests and liquor, among others. There is no doubt that this corruption had active government protection during Congress rule. We came to power with the promise of zero tolerance against corruption and we have ensured this in the past three years. Within a week of assuming power in the state, we started strict action against scams like that involving National Highway 74. A large number of officials including several senior bureaucrats were sent to jail for their involvement in the National Highway 74 Scam. Not only this, disciplinary action was also taken against them. We are also taking sincere action against those guilty in the Social Welfare Scam. Not only this, we have also curbed administrative corruption. For example, previously, estimates for construction and other such infrastructure projects were highly inflated to allow large scale corruption. After coming to power, we have managed to curb such corruption. For example, we have managed to ensure huge savings in construction of the Mohkampur Flyover, Suryadhar Project, Daat Kali tunnel project, Amlakhet drinking water project and many other projects as compared to their original cost estimates. After coming to power, we got many of the approved projects re-estimated and in just the PWD we managed to save over Rs 150 crores of public funds as a result.

What have been other priorities for your government on development and related issues?

Development is our core area of focus. We have made sure that the double engine of the government delivers on its promise of development. With the help of the Union Government led by Prime Minister Narendra Modi, we have managed to ensure rapid development in the state. Record amount of work has been done in the development of infrastructure. The government achieved record success in pacing up development work, whether it is construction of roads, improving electricity and water supply, or even the health sector. Three new medical colleges have been approved and an amount of Rs 350 crores also released for them. We managed to more than double the number of doctors in government hospitals from 1100 to 2500. We are providing health cover of up to Rs 5 lakh per annum to every family of Uttarakhand. In the first year, itself, more than one lakh twenty thousand persons have benefitted under this Atal Ayushman scheme. The beneficiaries include more than 12,000 such patients who were suffering from life threatening ailments like renal failure, brain tumour and heart problems, etc., but they were unable to get treatment earlier due to high cost of treatment. But, under the scheme, they were provided free treatment. We have also set up ICUs in district hospitals. As a result, there has been widespread improvement in health indicators. We have also placed great focus on improving the education sector in the state. In order to ensure cheaper books and uniform curriculum across the state, we made NCERT books mandatory for schools and, not only this, we ensured their availability, too. We started virtual classes in more than 500 government schools and I am happy to inform you that, even in higher education, 93 percent of faculty positions are now filled and all degree colleges have principals now. We are in the process of establishing a National Law University in Dehradun. CIPET was opened, which provides 100% employment after training. The fifth Science City of the country is being built in Dehradun with an initial fund of Rs 125 crores. We are also in the process of upgrading 25 ITIs and turn them into centres of excellence. For this, a huge amount of Rs 600 crores has been allocated. As you are well aware, a lot of work is being done in infrastructure development. We have been awarded for excellent work in improving the road network in the state. 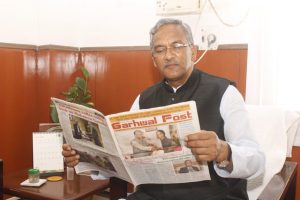 You have claimed that the government has ensured good governance. Please elaborate on the steps taken in this direction.

Transparency is the key towards ensuring good governance. Ours is a transparent government. We have brought in administrative stability by doing away with needless transfers and postings, which was big business for the previous regime. Now, the officers are completing their tenures on the postings and we have provided them with opportunities to perform. The results are for everyone to see. We have started the CM helpline, 1905, on which every citizen can record his or her complaint. This gets referred to the department concerned for redress. Besides this, outcome based monitoring is done of public complaints.

Tourism is one sector where the pace of progress has been rather slow. What do you have to say about it?

It used to be slow and, previously, not enough attention was paid to boost tourism. However, the situation has improved a lot in the past three years if you compare the progress with that made during the previous regimes. Some new projects have come up. Work is rapidly in progress on the Char Dham All Weather Road Project, while work is underway on the Rishikesh-Karnprayag Rail Project. We have also initiated the Mussoorie Ropeway Project. It will give a big boost to tourism here. In addition, we have launched 13 districts – 13 destinations project, with one new destination is being created in every district. We have also improved air connectivity to the state and within the state. As compared to just 12 or 13 daily flights from Dehradun sometime ago, we have reached a situation where Dehradun is now connected to almost every major city of the country. We are also in the process of upgrading Dehradun Airport to an International Airport. Within the state, scheduled chopper flights have been approved by the DGCA for Gauchar and Tehri and soon we shall also get DGCA approval for scheduled chopper flights from Haldwani and Almora. At the water reservoir developed in Udham Singh Nagar, we have started an annual carnival. There is also the Tehri Lake festival. The skiing facilities in Auli district have been improved too.

You have claimed that the state is focussing on green energy. While solar energy projects worth a capacity of over 200 MW have been approved, not much work has been done on wind energy despite potential. Why?

In the past, several surveys were conducted to assess the potential of wind energy in the state. However, the findings were not very encouraging. The problem is the large forest area in the state where it is not possible to install windmills. Then, in some areas, the wind flow was just too strong to allow sustainable installation of windmills. Therefore, we are now concentrating more on solar energy.

When you were agriculture minister, you had launched with much fanfare a scheme of voluntary land consolidation since the agriculture holdings are scattered in the hills. Now that you are the CM now, this scheme seems to have taken a backseat!

I admit that we could not achieve desired success towards voluntary land consolidation in the hills. Many challenges emerged in the way of achieving the targets. Voluntary land consolidation requires voluntary acceptance by all the villagers concerned. Large scale migration from the hills has led to a situation of absentee landlordism in the hills and, hence, it is not easy to get the acceptance from the land owners for land consolidation. However, we have made some beginning and, in some villages, we have managed significant progress towards this. In my own village, some progress has been witnessed. Then we have managed to create a cluster of over 500 hectares in district Almora, which is a major achievement. Though the progress is slow, we shall continue to make efforts.

You have claimed establishment of the Devasthanam Board as a major reform and achievement of your government. However, BJP MP Dr Subramanian Swamy has challenged the move in the Uttarakhand High Court. What do you have to say about this development?

Well, the concept of the Devasthanam Board is not new. Even the ND Tiwari Government was considering it and other governments also planned to set up such a board, though it could not be done. In 2019, we decided to bring an Act forming a government trust to manage the Char Dham shrines. The new set-up will, in fact, improve facilities and increase livelihood opportunities. There has been a 36 per cent rise in the influx of pilgrims over the past two years. The temple committees can only provide a limited amount of facilities. A senior IAS officer will be the CEO and the Chief Minister, the Chairman of the new Board. This will be directly in control of the state’s political head. We expect 1 crore pilgrims to visit these temples by 2025 and need to develop the infrastructure and facilities accordingly. As far as we are concerned, we have already created the Board and set up a government trust. Now, let Subramanian Swamy say why he has challenged the setting up of the Board. I have nothing more to say.

What are the steps taken by the government for welfare of women in the state?

Several major steps have been taken. We have managed to improve the sex ratio in the state significantly. We are actively encouraging and helping women self help groups and providing financial assistance to them at zero percent interest. At Anganwadi centres, mothers and infants are provided nourishing meals and we are also involving women in preparing temple ‘Prasad (offerings)’ without the involvement of middlemen to boost the income of rural people.

How do you keep fit?

I regularly do Yoga and other exercises and, when I am in Dehradun, I ensure that I take out time for play, too, every day. I appeal to the people of Uttarakhand to pay due attention to fitness and also play some or the other sport.