It started with the challenge to create a new state data center for the data repository and application automation for the various government functionaries. The process started in a record 6 months, and by the end of November 2018, the new state of the art data center was ready with the hyperconverged infrastructure. This was the first of its kind in the whole country.

It’s a green data center with a concept of hot aisle containment for minimum energy wastage. This 475 square foot SDC is now housing 40 live applications of various departments on a 625TB server farm. 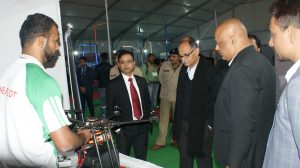 SWAN or state wide area network was meant to connect all government offices of Uttarakhand has presence up to  all block and tehsils levels with over 200 network engineers working round the clock 24*7 at 135 locations around the whole state. It has now connected 1565 major offices through these 135 points including DM, CDO, SP, etc., offices. To ensure that available infrastructure is leveraged and utilized upto its maximum capacity, ITDA had planned dovetailing exercise through which it was able to save the overall cost and in results, SWAN and SDC are being run and managed from the same premises at ITDA. 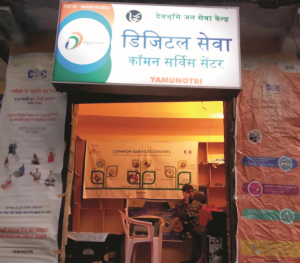 ITDA has also started its disaster management initiatives through IT initiatives including aerostat and drone applications. We successfully tested Balloon technology for future use in disaster communications and surveillance. We started the Drone Application Research Center with the help of NTRO for disaster mitigation and uptill now trained over 200 government functionaries. We are continually doing R&D on disaster mitigation and survey technology through the usage of drones in the interior hills. Twice we conducted Dron hackathon or Dronathon for the awareness and promotion of research in the fields of drone and balloon. 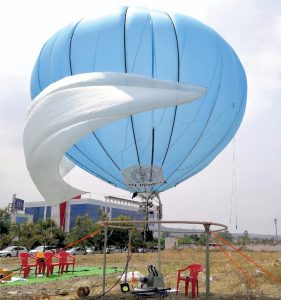 We have connected over 260 offices on VC system thus enabling contactless communication and during the corona times this system had been used umpteen times. It has been proved a very effective mode of communication in this pandemic as departments like Police, Disaster Management, Transport are using this on regular basis. 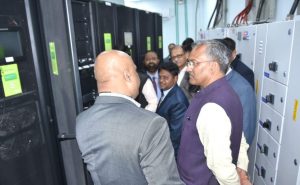 ITDA helped in developing CM dashboard which now is real time outcome based dashboard indicating KPIs for departments. In such a short while, it has become one of the powerful tools to measure the performances of departments. Currently, it has 33 departments for which 270 KPIs have already been mapped. As of now, with the help of CM Dashboard, 134 Priority Programs while 59 State Priority Programs are being reviewed and monitored on constant basis.

When it comes to delivering services to citizens, who are the core components of eGovernance, eDistrict has wide acceptance across the State. By developing eDistrict with the help of NIC and department, ITDA has ensured that citizens are getting benefits of maximum citizen centric services like Birth, Death, Pension, Character, Caste certificates by digitizing it and making it available at the nearest CSC Centres or eDistrict. Currently from eDistrict, around 82 services are being offered and around 68 Lakhs applications have already been processed. To ensure that remaining citizen centric services are also brought under umbrella of eDistrict, ITDA has started working on eDistrict 2.0 under which, it is planning to another 100 such services available on eDistrict to citizens. 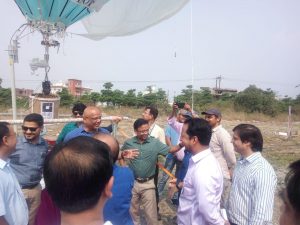 Automation of any process is always the biggest challenge for any department. When it comes to the Secretariat, initially getting pass for entry was a lengthy process involving a lot of manual intervention. With the help of SAD department, ITDA helped in developing eGatepass, which has automated the completed process. It has enabled the citizens to have a smooth and simple process of making an appointment. It has advanced features of eliminating all the cumbersome and tedious procedure of making a request for an appointment and then visiting the premises. This similar application was used for International Yoga Festival 2018 where all passes were issued using this application. This concept has won accolades from Government of India for its effective use for festivals. This application has been extended for getting passes for Rajbhawan as well while till date around 60K passes have already been issued.

As a nodal agency of IT, a few challenges related to policy matter were kept in front of ITDA which were critical to address. These challenges were either related to Right of Way permissions issues for Telecom Companies or related to existing IT policies as it was lacking the guidelines. In short span of time, ITDA published new RoW and IT Policy 2018 which took care of existing issues. Uttarakhand had become one of the very few states which have RoW policy aligned with DoT guidelines and providing RoW related permissions using Single Window Portal.

IT is one of the fields where new technology keep changing in a short span of time and that’s why capacity building is one of the important aspects for keeping up the pace. In the last couple of years, ITDA has organized various workshops for departments on various topics like Cloud, HCI, Current Cyber Threats, Open Source Technology, etc. ITDA has also done MoU with Data Security Council of India (DSCI) to provide training of Cyber Security to college students as one batch of 24 students has recently completed its training.

One of the key components of good governance is to ensure that any grievances of citizens are always heard. By following this motto, Hon’ble CM launched CM helpline. ITDA has helped in managing this system by continuous monitoring and review of grievances and their redressal. Citizens have been provided an alternative where they can register their issues directly with the government through various mediums like portal or by phone. Till date around 3870 officials of 52 departments and 137 sub-departments have already been mapped with CM Helpline while around 22000 complaints have been resolved.

eOffice is another project which has been proven effective in automation of processes like file movement, file monitoring, people management. The main objective of eOffice is to improve productivity, quality, resource management, turnaround time and increase transparency by replacing the old manual process with an electronic file system. ITDA with the help of NIC, has implemented eOffice in Uttarakhand Secretariat which was inaugurated by Hon’ble CM. ITDA as a nodal agency has completely been moved to eOffice by ensuring no physical files movement. Many more departments viz PTCUL, UPCL, Department of Medical Health and Family Welfare has requested for implementation of eoffice at their respective offices. ITDA has already initiated implementation process for these departments along with imparting trainings to government officials.

Being a hilly terrain, one of the challenges is the connectivity across region. While from SWAN, maximum government offices are already connected in blocks or tehsils, but still there are number of gram panchayats often identified as Dark Zones. Taking this as a challenge, ITDA has started planning of providing connectivity to each Gram Panchayat of Uttarakhand under Bharat Net Phase II project. It will ensure 1 Gbps connectivity at each GPs and ITDA is targeting to complete this project by December 2021.

Under aegis of Digital India, ITDA has worked along with NeGD(National eGovernance Division) on Digi Locker. Digital Locker is a digital wallet for citizen to access their digital documents anytime, anywhere and share it online. It provides a trusted locker account of a citizen where issuers will issue valid digital documents, e.g. Digital Aadhaar, PAN, Driving License, Registration Certificate of Vehicles, Marksheets, Caste Certificate, Income Certificate etc., which are at par with original paper documents. Department of Transport, Government of Uttarakhand, has also issued detailed notifications regarding Digi Locker. In Uttarakhand, till date around 256000 individual digi locker accounts have been created.

UMANG (Unified Mobile App for New-Age Governance) is another initiative by NeGD, for which ITDA has closely worked. UMANG provides a single platform for all Indian Citizens to access pan India e-Gov services ranging from Central to Local Government bodies and other citizen centric services. ITDA has enabled services related to eDistrict and CCTNS on UMANG so that it can reach maximum citizens and they can avail all benefits from these services.

To achieve the Vision 2030 and Information and Communication Technology & Electronics Policy Year – 2018 (Uttarakhand State), correct the skill mismatch and extend the reach of skilling, there is an urgency to completely re-think the existing formal and vocational education system. One of the remedies is to skill the people as per demand of the industry. All the above necessitates the skill development of people at speed, at standard and at scale. Cognizant of above-mentioned challenges, the State in its Vision 2023 document has recognized skilling as “Basic Service” to the citizens with the aim to universalize it. The State has adopted a mission mode approach and established its Knowledge & Skill Development Mission. Additionally, it has established institutional structures from State to district levels to steer and State of Uttarakhand has set the vision for the skill development of 1 lakh in next 10 (during FY 2019-20 to FY 2029-30). To achieve this, ITDA has set-up Uttarakhand State STEP-UK [SKILL TRAINED FOR ENHANCING EMPLOYABILITY & PRODUCTIVITY] CALC 2.0. CALC proposes to provide Technical support and skill updation of the youth of Uttarakhand and residents as well as Micro, Small and Medium Industries in the area of Information Technology and IT Enabled Services and Personality Development through Languages, Advance IT professional training to the Youths of Uttarakhand through Growth Centers.

Garhwal Post has established itself as a credible, balanced and forward looking newspaper in India. Based in Uttarakhand, the daily is read by the aware, socially and culturally responsible, high-income elite of society.
Contact us: info@garhwalpost.in
ebony dating online popular lgbtq dating app