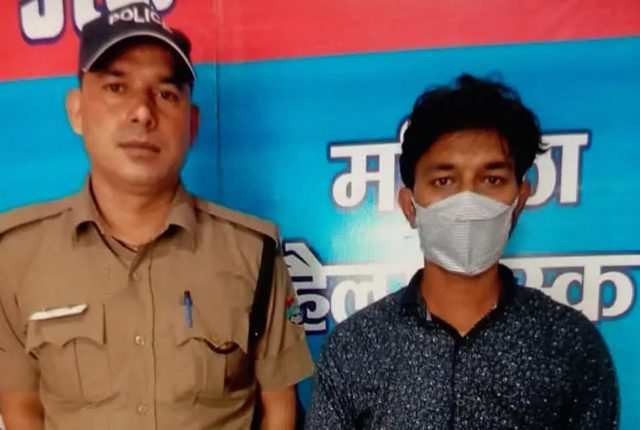 Dehradun, 19 Aug: One Junior Engineer was arrested today by the STF conducting the investigation into the leakage of question paper and copying of answers in the Graduate Level Entrance Test conducted by Uttarakhand Subordinate Services Selection Commission in December last year. The arrest of Junior Engineer Lalit Raj Sharma was made from Dhampur in Uttar Pradesh. He is stated to be involved in solving the question paper of the test for over 20 students.

He was arrested after an intensive interrogation by the SFT and was produced later in the court today. He was arrested from his house where he had allegedly solved the leaked question paper in December last year for around 24 candidates who had paid a huge amount for the same. His arrest reveals links between those behind the leakage of the question paper with the copying mafia from other states, particularly from Uttar Pradesh.

Sharma’s arrest is the 22nd in the case so far.

Garhwal Post has established itself as a credible, balanced and forward looking newspaper in India. Based in Uttarakhand, the daily is read by the aware, socially and culturally responsible, high-income elite of society.
Contact us: info@garhwalpost.in
https://garhwalpost.in/anxiety-online-dating/ gay bilatin men