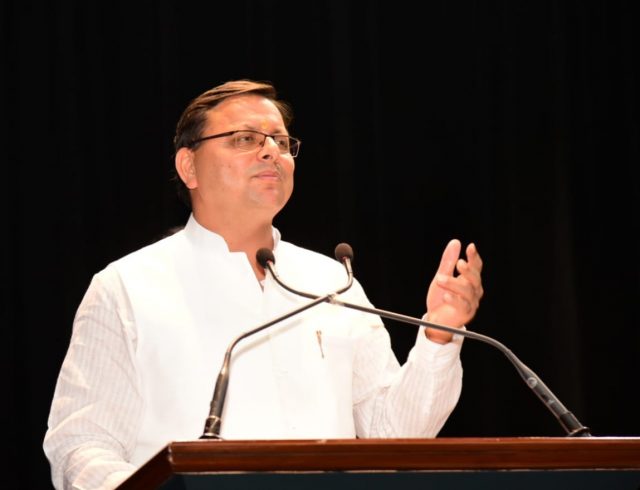 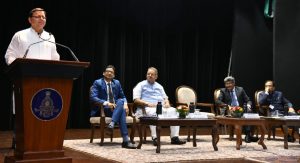 Addressing the gathering at the digital exhibition, Dhami said that an important initiative had been taken through the “Mission Karmayogi” under the guidance and inspiration of Prime Minister Narendra Modi at the LBSNAA, along with the Union Ministry of Culture, to bring focus on and promote the rich Indian culture. Describing the current batch of trainees as fortunate, the CM observed that they would be starting their work as “Mission Karmayogi” after getting training in the year of “Azadi Ka Amrit Mahotsav”. He expressed the hope that, after becoming officers, the trainees would play a big role in the development of the country over the next 25 years.

“The main goal of ‘Mission Karmayogi’ is to make Indian civil servants more creative, thoughtful, innovative, more dynamic, progressive, energetic, competent and technology enabled to be future ready,” the CM stressed. The CM claimed that, even now, he considered himself to be a student and was willing to learn new things.

He reminded that the country is celebrating 75 years of independence, and this occasion has been named the ‘Amrit Mahotsav of Independence’ by the Prime Minister. While saluting the freedom fighters, he said that the current and the future generations would always be indebted to them for their struggle for freedom of the country. He said that this festival of independence is an opportunity to make new resolutions by remembering the dreams of the freedom fighters.

The trainees, he said, could bring a big change in the country by making the people of India aware of their duties. The trainees would have to go to different parts of this country as officers and spread and awaken the sense of duty among the people. The CM further observed that inner peace could be attained only by doing the duties assigned or expected of one with a spirit of service and without worrying about the fruits or personal benefits. Calling upon the trainees to perform their duty honestly, without expecting any fruits, the CM said that selfless duty could help them stay away from unwanted pressures. Leadership skills and efficient management are the key to achieving the targeted social goals.

Dhami also called upon the trainee officers to study Sanatan culture and ancient practices of India, as there are no problems for which the ancestors or sages had not suggested an appropriate solution. Due to the policies now being decided keeping in view the country’s rich wealth of culture and traditions, the world is now looking towards India with hope. He reminded that the PM had stressed on the “Reform, Perform, Transform” route for progress of the country. The schemes are now implemented at the grassroots level and being designed keeping in mind each and every section of society.

Secretary Govind Mohan said in his address that along with development, the aim is also to remember the sacrifice of India’s great heroes. Also present on this occasion were Cabinet Minister Ganesh Joshi, Director of LBSNAA Srinivas Kathikala, Joint Director Radhika Rastogi, faculty members and Indian Administrative Service and Royal Bhutan Civil Services trainees of 2020 and 2021 batches.