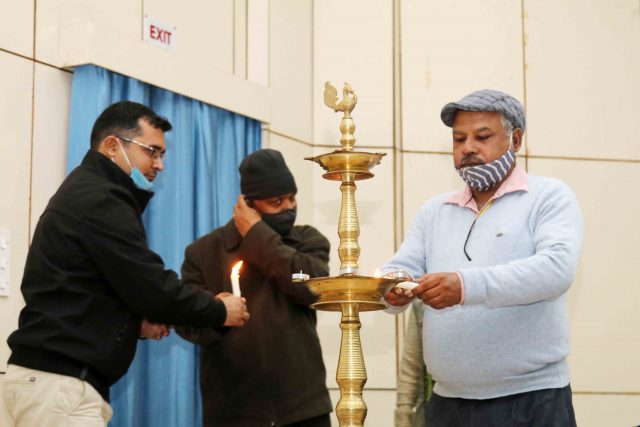 By Our Staff Reporter
Dehradun, 17 Feb: An Official Language Hindi Training Workshop was organised under the aegis of ICFRE, here, today. Satya Prakash, Director (Official Language), Union Ministry of Environment, Forest and Climate Change, was the Chief Guest. Dr Sudhir Kumar, Deputy Director General (Extension), and Dr Geeta Joshi, Assistant Director General (Media and Extension), were present. Along with them, officers and employees of various divisions and offices of the Council (Headquarters) also participated.
Chief Guest Satya Prakash spoke about the development of Hindi as the official language. He said the five major elements of nation building included the official language. He also highlighted the importance of the Parliamentary Official Language Committee, elaborated on various Official Language Acts and Rules.
He emphasised the use of popular and simple words in various dimensions of the official language i.e. correspondence, noting, translation, etc. He also highlighted that language should be used as a medium of communication in the office and not a show of erudition. Giving special emphasis on translation in the office environment, he said word to word translation should be avoided. He suggested using the words diligently with special reference to the translation.
At the conclusion of the workshop, Assistant Director General (Media and Extension) Dr Geeta Joshi thanked the Chief Guest and the participants.