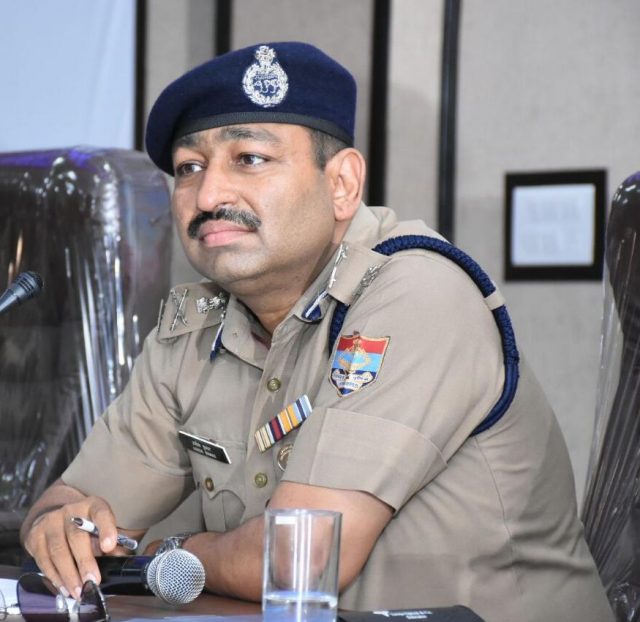 Dehradun, 18 Dec: Uttarakhand Police are running a special drive against organised crime and hardcore criminals under the direction and supervision of DG, Law & Order, Ashok Kumar. According to Kumar, the special drive, which was launched on 1 November, would continue till 31 January, 2020. The drive was aimed at taking effective action against criminals and to control crime. The Gangster Act was being invoked against major gangsters, wanted criminals, and the criminals who carried rewards on their heads. The drive is targeting organised criminals, in particular, and running throughout the state. A total of 8390 identified major criminals have been arrested, so far, during the campaign while action is also being contemplated against many more.
Kumar added that, in order to keep an effective tab on the movements and activities of the criminals, gridding of CCTV cameras was being carried out at various places across the state during the special drive.
According to him, a mid-term review of the action taken till 15 December under the special drive has been undertaken by him, during which it was observed that there were 42 identified and registered gangs of organised criminals operating in the state. These gangs had a total of 330 identified members. Of these 330 members, 56 have already died, 144 are presently not active, while the remaining 130 members are still active. In addition, 75 members of these gangs are behind bars in various prisons, at present.
Investigations against the rest are underway and Kumar has directed suitable legal action against them. It has also been observed that about 7 gangs have become inactive during the past few years and are therefore being delisted. Similarly, 52 previously identified criminals are not engaged in any criminal activities over the past several years and have, therefore, been taken off monitoring. On the other hand, some new gangs have become active in the state and, therefore, are being registered by the state police.
Under this campaign, a total of 8390 criminals have been arrested and sent to jail during the legal action against the wanted criminals in various cases during this period. In addition, properties of 38 criminals have been attached, while awards have been declared on the heads of 51 criminals. During the drive, a total of 34 offenders with rewards on their heads have been arrested. Of them, rewards of up to Rs 2,500 were declared on 28, rewards of Rs 5,000 on 3, and rewards of Rs 10,000 on 3 others.
The Gangster Act had been invoked against criminals involved in organised crime particularly against land mafia, traffickers in large quantities, drug trafficking. Till now, action has been taken against 99 persons in 32 criminal cases under the Gangster Act. Directions have been issued to complete the proceedings against the rest.
Kumar also claimed that an effort had been made in the campaign to cover every police station area with 100 per cent CCTV cameras, to keep a tab on movements and activities of the criminals. So far, a total of 1,207 CCTV cameras have been installed under the campaign with the efforts of the public and the government. The process of installing CCTV cameras in other prominent places is underway.