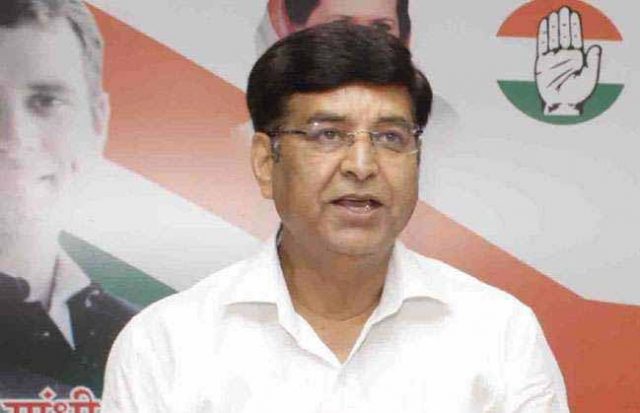 DEHRADUN, 25 Jun: Uttarakhand Pradesh Congress (PCC) President Pritam Singh and around 50 other Congress leaders were booked by the Dehradun Police for holding a protest against the fuel price rise ‘without permission’ and for not following ‘social distancing’. The case was filed against the Congress leaders at the City Kotwali.
Congress has termed the case as political vendetta. SHO, Kotwali, SS Negi has confirmed the news.
According to the Police, the protest was undertaken without due prior permission and for not implementing social distancing. The Police further claimed that a large number of Congress workers participating in the protests were also not wearing masks.
It may be recalled that, currently, the government has prohibited public demonstrations and dharnas in public places in the state on account of the Corona pandemic.
Later, speaking informally with the media at Congress Bhawan, PCC Chief Pritam Singh claimed that the government was being vindictive against his party because it wanted to hide its failures and was for this reason filing cases against them. He also claimed that such undemocratic measures by the BJP Government would not deter Congress leaders from carrying out their responsibilities and continuing to highlight the failures of those in power. He added that the demonstration and formation of a human chain by the Congress in protest against the rising prices of petroleum products and other consumer items under the aegis of the PCC were part of the nationwide protests undertaken by the Congress.

Garhwal Post has established itself as a credible, balanced and forward looking newspaper in India. Based in Uttarakhand, the daily is read by the aware, socially and culturally responsible, high-income elite of society.
Contact us: info@garhwalpost.in
https://garhwalpost.in/online-match-making/ https://garhwalpost.in/older-capricorn-man-younger-aries-woman/