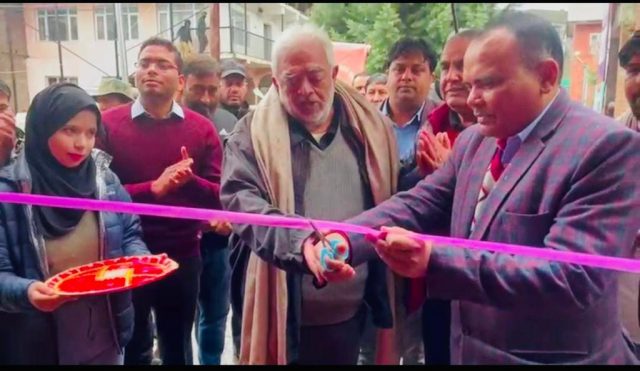 The valley in Pahalgam where it was filmed became immortal and is known as ‘Betaab Valley’ with the memoirs etched forever in the hearts and minds of the local residents.

Then the valley became a victim of endless strife and one casualty was Cinema. For thirty long years, the valley was silent and Bollywood could not do ‘light, action camera’ in the valley.

Post abolition of Article 370, the screens are limping back to normalcy and the iconic, Rahul Rawail, inaugurated the ‘Jadooz Kids Film Festival’ where it mattered the most – Shopian and Pulwama. Rahul Rawail guided Jadooz the Cinema Chain with a vision to show a movie to every child in Shopian in 30 days thus rolling back the loss of 30 years to two generations.

Rahul Rawail turned out to be the ‘ Arjun’ for the people of the valley who were ‘ Betaab’ for the big screen.

‘Abhi Picture Baaki hai’ is what Rahul Rawail says as he probably has a bigger picture in mind by way of a Film Festival and definitely a movie soon.