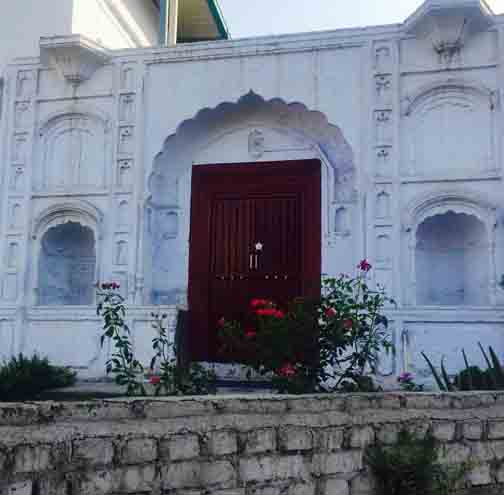 With my nose slightly in the air I can say that I started cycling much before cycling came into ‘vogue’. The accepted and expected mode of transportation in the small town I grew up was a cycle. So be it to school, to socialise, go for picnics, the fastest way was to get onto a cycle. No questions asked by the adults. It was safe, slow and how far would we go on a cycle?! In fact, it was the first birthday present from the husband and that fact has ensured that I have stayed faithful and not eyed the newer, fancier models! So, I still have my almost 20 year old warhorse minus any fancy gears going strong. 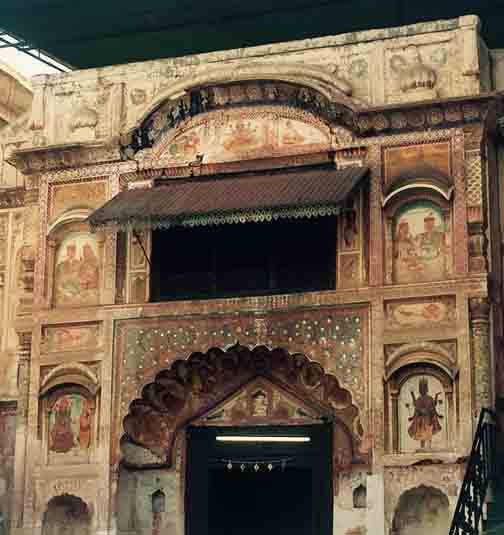 But I admit, cycling is still an at leisure activity for me and while I enjoy cycling immensely I have only that much stamina for it. So at times sleep, weather and sometimes just plain laziness trumps heading out early in the morning. So, this summer, on a longish holiday in Dehradun, courtesy the child (definitely more teenager than child now!) who was doing some serious rounds of studies (will know next year how fruitful/futile that has been) at ungodly timings by my standards, but trying to be supportive parents, we decided that the best way to match her routine was to go cycling in the morning. An extremely short hunt got us to the Bike Shop and soon two cycles plus the slightly oversized helmets were home delivered. The pluses of a small town! The minus we were to discover is that, in small towns, although the number of cyclists has come down, it is still a de facto means of transportation so the other people on the road do not care a fig about giving way to them/us! I mean that wannabe space-age helmet should tell people something about what serious business we are on! Oh well! Our first cycling sojourn in the hills drove home some pertinent facts – east and west are the best for novices. It is undulating so that there is periodic respite and one can carry on for longer. Going northwards is generally an uphill task! Duh!! What goes up eventually rolls down too but, God!, uphill cycling can be like fire in the legs not to mention the lungs. All the mountain air is left outside! Crossing Garhi Cantt, we would see ardent golfers, joggers and young ones out in full force making the most of the cool summer morning playing football and cricket. We would zip past The Doon School closed for the summer and head back through the main market past the iconic Clock Tower. One particular morning we came across an old tree brought down by a summer storm the night before, lying right across a road in the Cantt, when we were finally through with the uphill huffing and puffing and looking forward to rolling down. The choice was between going back up a bit and hauling the cycles somehow across the tree. We decided to give our legs a break and exercise our arms instead and opted for the hauling! Going on the Sahastradhara Road we realised was definitely a north bound exercise, albeit a shaded and undulating one and the pedaling was nearly nonstop till we went down a steep slope onto a road that finally joined up with the main Rajpur Road. There were parts of Doon I was seeing for the first time and I realised, thanks to this slow mode, made slower by the fact that I could not pedal any faster on an incline, I could take in views which one would zip past in a car (like all the lovely houses and gardens I peered into!) and yet, on the other hand, reach places I would never be able to walk to. We rode past the imposing FRI building sitting back in its expansive spread and its fairytale bungalows complete with green shutters and chimneys till IMA. Heard the marching practice and on the way back once overtook a learner on a scooty minus her helmet (I guess according to her, her speed didn’t warrant the security of a helmet!) smack in the middle of the road oblivious to the jam in her wake. Zero for safety but full marks for confidence. Our default setting became going on the Sahastradhara road to Raipur village through pockets of thick green cover of Sal and Mango trees near the Ordnance Factory and then on towards either the airport or the road going up to Maldevta. The latter, initially, a one degree straight incline till it hits the hills. We saw jackals and their cubs scavenging by the roadside, not inclined to pose for a photograph. Towards the fag end of our cycling mornings, slowing down to give way to traffic, we discovered at the end of Raipur the most beautiful ‘havelis’ with arched balconies, massive doors and, in one, the most elaborate painted façade. Eye tonic early in the morning! We even managed to participate in a cyclothon. Must be one of the shortest cyclothons (Thank God!) but with a killer route for people like us who are in the ‘whatever category there is before amateur mountain riders’. We were left eating dust in five minutes flat while the regulars, ranging from twelve year olds to sexagenarians disappeared up the road towards Mussoorie. We cycled, got off and pushed the cycle, I realised it is smarter to be on one then be pushing it uphill! Repeated the cycle (pun unintended!) till we reached half way. Then we cruised back on the old Rajpur Road, which was mostly downhill, with me eyeing all the lovely houses enroute and going through my favourite patch of remaining jungle in Doon with the fluttering Tibetan flags. Somewhere the husband asked why I was putting my brakes on the down slope. I wanted to tell him that we were touching nearly 40 kms/hour on what is essentially a metal stick with wheels and with just a notion of protection on my head. Even if I had remembered to pack in the parachute I doubt it would deploy in case I overshot a turn and my landing would be hard, fast and over even before he could get his superman cape on.

Garhwal Post has established itself as a credible, balanced and forward looking newspaper in India. Based in Uttarakhand, the daily is read by the aware, socially and culturally responsible, high-income elite of society.
Contact us: info@garhwalpost.in
speed dating perth high end matchmaker free dating websights