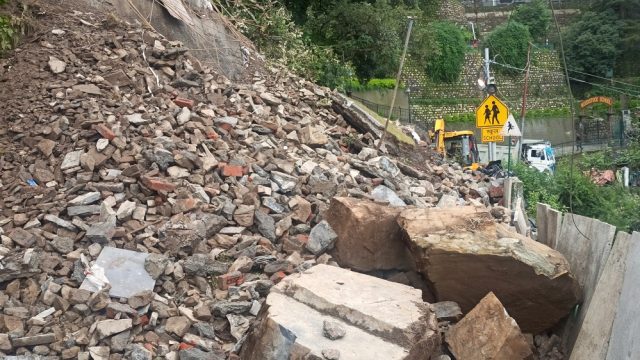 Long queues of vehicles formed on both sides of the road in the morning due to which people had to face a lot of trouble. A huge amount of debris settled on the road, making it difficult to open it. If the rains continue, the remaining part of the retaining wall could also collapse, threatening the school building. The treatment of the buttress has been started by the school management, while the Public Works Department is getting the debris cleared with the help of a JCB. Two large trees have also been damaged due to the landslide.

Junior Engineer of the Public Works Department, Sansar Singh said that the road has been closed as there are big boulders on it.