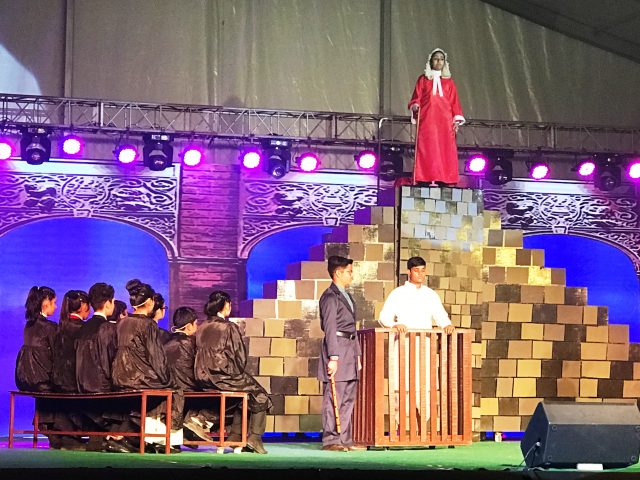 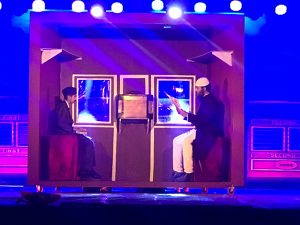 By OUR STAFF REPORTER
DEHRADUN, 16 Dec: Doon International School organised a glittering function on the occasion of its Silver Jubilee Celebrations held at the Senior School.
The function was presided over by Chief Guest and Chief Minister Trivendra Singh Rawat, theBoard of Governors, Trustees, dignitaries, guests, parents and students. The event began with the auspicious lighting of the lamp.
Director HS Mann read out the Annual Report highlighting the achievements of the meritorious students and the laurels achieved by the school, which included achievements in academics, sports, cultural and extracurricular activities. He also emphasised upon character development and nurturing of strong moral values among students.
This was followed by the prize distribution ceremony during which the Chief Minister gave away prizes to the academic and other achievers of the school and also to the staff members for rendering selfless and dedicated services to the institution for over 15 years.
All School Toppers and Board Toppers were also awarded. Significant awardees were Sidak-Amrinder Courage Award – Shrishti Nautiyal; Student of the Year –Charu Sharma; Sportsperson of the Year – Prakash Shukla; Most Helpful Child – Rudraksh Bhardwaj.
The cultural programme began with a melodious rendition presented by students of the Junior Wing. This was followed by the main production – ‘Gandhi – The Musical’ written and directed by actor and scriptwriter Danash Khambata. This grand scale musical involving more than 600 students threw light upon the making of the Mahatma. The musical extravaganza comprised 10 songs and dances across a variety of genres. Apart from the freedom perspective, the musical also touched upon Gandhi’s personal life. The play also showcased spectacular sets that depicted the era of the man who shaped an entire nation.
The Founder’s Day Celebration concluded with a vote of thanks by the Chairman, DS Mann.

Garhwal Post has established itself as a credible, balanced and forward looking newspaper in India. Based in Uttarakhand, the daily is read by the aware, socially and culturally responsible, high-income elite of society.
Contact us: info@garhwalpost.in
best site for casual hookup https://garhwalpost.in/veterans-dating-site/